A survey carried out by the Center for Behavioral Studies and Research (Cecop), of the Brazilian Securities and Exchange Commission (CVM), reveals that, in general, men are the main victims of financial scams (91%), they are mostly in the age group from 30 to 39 years of age (36.5%), have completed higher education with a postgraduate degree (38%) and have a monthly family income between two and five minimum wages (23%).

The research was based on investor complaints sent to the autarchy, linked to the Ministry of Economy, between 2017 and 2019. These complaints, however, did not only involve financial fraud, but different situations, he clarified today (20), in an interview with the Agency Brazil, the CVM’s Investor Protection and Guidance Superintendent (SOI), José Alexandre Vasco.

In all, 1,002 responses were analyzed and 178 victims of financial scams were detected. Cryptocurrencies were the investment product most cited by victims, being mentioned by 43.3% of respondents. This is followed by the Forex market, for foreign exchange transactions (29.8%); binary options (16.9%); and shares (15.2%). The main means of outreach to attract victims was Whatsapp (27.5%), followed by word of mouth in person (19.7%), e-mail and phone call (12.4% each), the survey showed of CVM.

As explained by the CVM superintendent, although the participation of women in the capital market has grown, the largest number of investors is still male. “So it was really natural to expect to have a larger number, a predominance of men” among victims of financial scams, Vasco said. Another factor that can justify this scenario is the appetite for alternative, riskier investments on the part of men, while women show greater distrust of their knowledge in financial terms and, therefore, avoid major risks.

According to the CVM survey, many fraud victims have high confidence in their ability to invest. “Perhaps this overconfidence is a characteristic of confidence more of male investors than female investors. This question may have saved many people from falling into an alternative or strange thing,” said the superintendent.

He clarified that not all offers without registration with the CVM are financial frauds. Sometimes it’s an irregular offer, but it’s not a scam. “But in cases of scams or financial fraud, they always use the themes of the moment. Back there, it was fat cattle, ostrich, collective risk contracts”. Over time, the scams changed and fraudsters sought new themes. Now it’s cryptocurrencies. “Since they are innovative, they have predominated in scams. Five years from now, if we do a new survey, it will be something else. Because the practice doesn’t change; what changes are the deceptions”, he stated.

The superintendent also highlighted the behavioral part of the survey that captured differences in investor attitudes. Those who were victims of financial scams felt that it was good to invest in something unregulated because it had a greater financial return.

Among victims, there was more agreement with the statement that it is more difficult to obtain good assets just by working. Likewise, they felt that they were not sufficiently rewarded for their work than non-victim investors.

“They are looking for a higher return to make up for what they are not rewarded at work.” These people are more attentive to investment opportunities that no one knows about, he added. That’s the average, he said.

Some profiles of victims were noted in the CVM survey. The first encompasses those who pay to see, are willing to enter unregulated markets, invest small amounts to test. As the victim gains confidence, he or she increases the stakes.

“These are usually the people who lose the most because, when the pyramid collapses, the invested capital was much greater.” Other victims are moved by trust and end up cheated. They believe in a well-organized website and were referred by a friend from a social circle, who says that it is working. “In general, this scheme has a more modest return of 2% to 3% per month, which is a lot of money,” he said.

A third group comprises financial market enthusiasts, with a profile open to new opportunities. “They think they understand and trust. Study the option and invest. These, in general, choose not to report. They are more embarrassed, that’s what we estimated. They complain to whoever introduced them to the novelty. I know cases of people paying victims. They compensated what the real fraudster took”, declared the superintendent.

In José Alexandre’s assessment, people actually believe that the lack of CVM regulation represents a greater opportunity for gain and, often, they do not identify the element that signals that that investment was fraudulent. Most of the victims had already made some investment, were familiar with financial concepts, and considered themselves somehow knowledgeable about the market. “The victims might fall for the scams out of financial necessity and they weren’t completely new in terms of investing in the market,” he said.

Among the aspects that contributed to people falling for the scam, the most frequent answers were the appearance of the website conveying trust (39.9%), other family members or friends had already made the investment (38.8%), good service on the part of professionals (35.4%), small investment required (30.9%) and lack of knowledge of the modality of the scam (24.7%).

José Alexandre reinforced that not all investment opportunities are regulated. In the case of non-regulated companies, he thinks it is important to have a very judicious attitude in the analysis, seeking information and even complaints, researching the company to find out the rate of responses it has and whether people are satisfied. “There are serious platforms offering digital currencies, but there are other cases where this doesn’t happen,” he revealed.

For investments in the capital market, the main thing is to look at whether the offerer is registered with the CVM or is regulated by the Central Bank. “Whoever is making an investment wants greater protection that has a regulation that can claim to the CVM, should consult our registry, check and, if not registered, should claim, seek our citizen service.” Irregular offers are registered in the commission’s deliberation channel.

“In general, they must be wary of these high promises of profitability, especially of the pressure to invest, like it’s now or never.” In this case, the person is being pushed to make an impulsive decision, with no right to regret.

“This is an acknowledgment that a person can make a rash decision. So, pressure to decide at that moment is a red flag”, he said. The superintendent maintained that there are no extraordinary returns. He also warned of very innovative opportunities in which people cannot understand what they are investing in and where the profitability comes from. “It may not be a scam but it is certainly not a product for you,” he concluded. 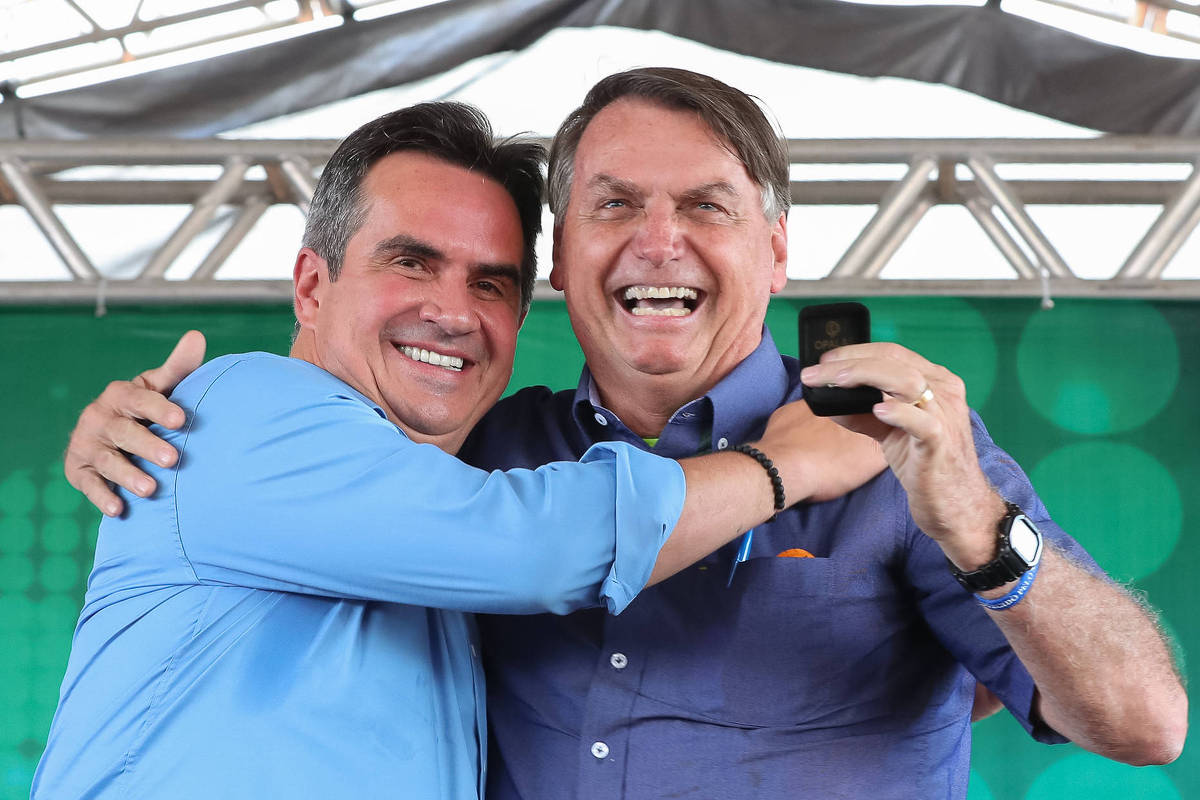 Ceará turns against Fortaleza and approaches the fight for Libertadores