Only three Brazilian states will not have classroom classes in state schools in August. It is the first time since the beginning of the pandemic that most governments have decided to reopen schools.

With the advance of vaccination of education professionals and the drop in Covid-19 cases in the country, 24 units of the federation will receive students in their schools next month. In May, only 12 had resumed in-person classes in the public network.

Acre and Paraíba plan to resume classroom activities only in September, when teachers should have already received the second dose of the vaccine. Roraima is the only state that still does not have a return of classroom classes.

One of the countries with the longest time of schools closed during the pandemic, Brazil is experiencing an unprecedented movement of face-to-face resumption of teaching in all regions. Still, there are few states that plan to welcome students into the classroom every day.

Only 13 states have not established a limit on the attendance of students in schools. Even those governments, which did not stipulate a rule, have guided the units to make a rotation of classes.

The assessment is that the confidence of families in the face-to-face return is still low. Establishing general limits can prevent the return of students who want to return to face-to-face classes.

After having spent the first semester of 2021 serving only 35% of students, the government of São Paulo decided to end the occupation limits as of August. With the previous rule, private schools were prevented from serving all families that wanted to send their children, and public schools continued to have low adherence.

The government of Espírito Santo also decided to end the limits. Before, the state had stipulated percentages for each phase of the pandemic. The same was done in Santa Catarina and Paraná.

“The decision to reopen the schools is very important, but it is still a first step. It is necessary to convince and transmit security to the families. Having a service limit or choosing to only return for a few grades can leave out those who are already comfortable returning”, says Claudia Costin, director of the Center for Excellence and Innovation in Educational Policies, at FGV.

In places where classes are back in person for the first time since the beginning of the pandemic, governments still chose to maintain restrictions on attendance. This is the case of Alagoas, Amapá, Bahia, Distrito Federal, Minas Gerais, Rio Grande do Norte and Sergipe.

With the second largest education network in Brazil, Minas Gerais only started to reopen its schools on June 21st. The government has defined that schools should receive at most half of the students each day. In municipalities that are in a serious situation from the pandemic, only classes from the 1st to the 5th year of elementary school can attend classes.

For Vitor de Angelo, president of Consed (National Council of State Secretaries of Education), occupation rules are important to help states in the initial recovery and to transmit security to school communities.

“The decision to reopen the schools is already a drastic measure in the current context. Starting this process with no limits may not convey security. The limit is important to create experience and so that it can be made more flexible afterwards”, he said.

Espírito Santo, the state of which Angelo is Secretary of Education, is the first in the country to re-establish attendance as mandatory in schools. The measure takes effect next Monday (26).

“We reopened our schools in October, with a series of limitations. Little by little, we expanded until we reached this moment where we can demand the presence of students in the school”, he explained.

At the end of last year, the Ministry of Education, which played little role in helping states and municipalities during the pandemic, wanted to make face-to-face return mandatory across the country. The intention did not go forward after being rejected by the managers for disrespecting the autonomy of federated entities. This Tuesday (20th), the Minister of Education, Milton Ribeiro, made a statement on the national network defending the return of in-person classes.

Despite the vaccination, there is fear that the resumption of schools could be stopped by the advance of delta variant cases in Brazil. More communicable, the variant could undermine the control of the pandemic.

The reopening of schools in the country is the first step towards reversing the educational damage caused by the pandemic. A study carried out by Insper and Instituto Unibanco calculates that students may have already had learning losses equivalent to two years of school life with the interruption.

“It is the beginning of a very long trajectory that the country will have to face to recover what we lost in these months of pandemic. Initial diagnoses and estimates are frightening, but we will only be able to really know the size of the problem when schools start taking in students again,” said Costin. 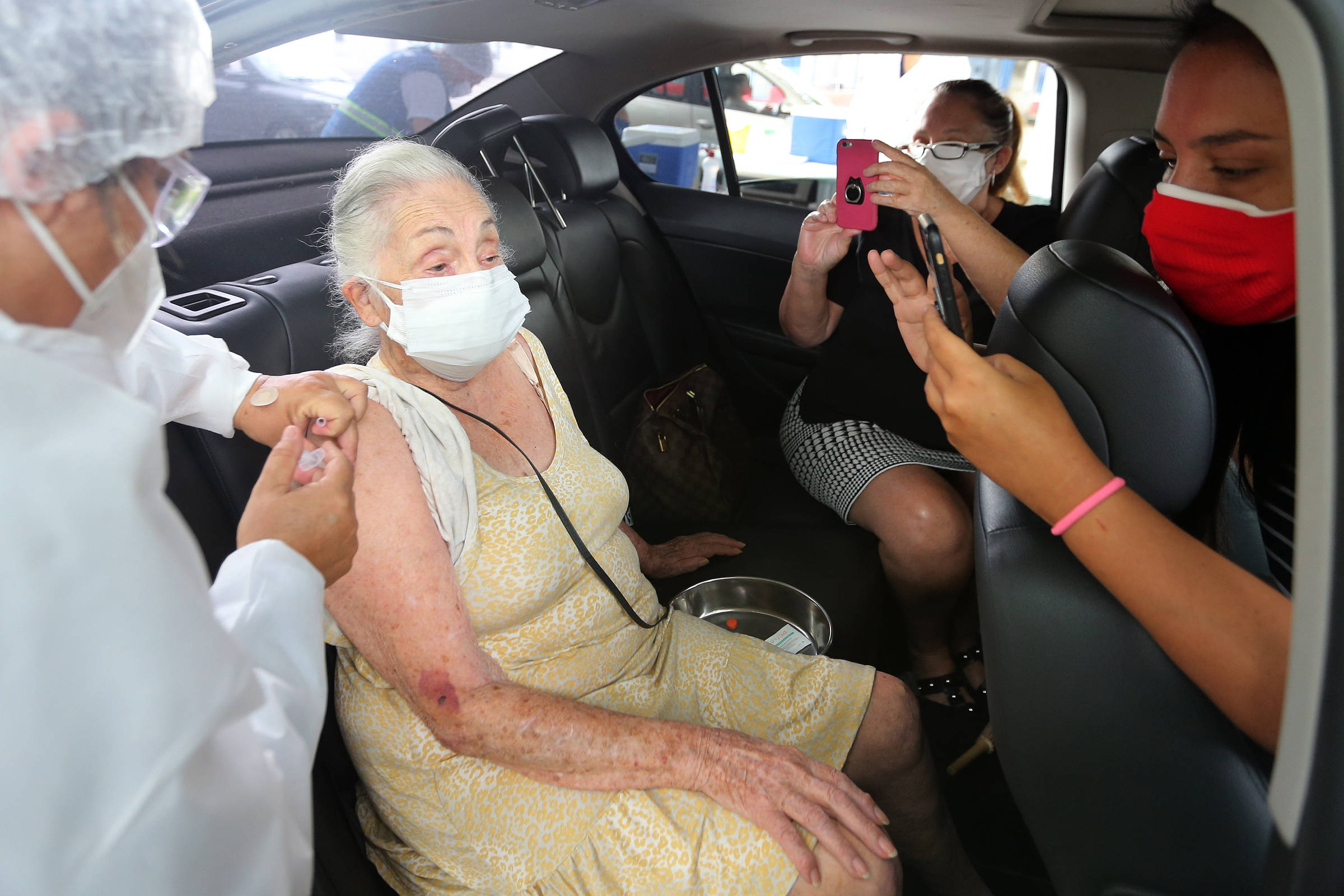 SP and Rio are discharged from hospitalizations of elderly people over 80 years old by Covid, calculates Fiocruz – 08/03/2021 – Balance and Health

Itaú Unibanco will begin a gradual return to offices this month