He “examined and approved an important issue of providing a military guarantee for further strengthening the country’s war deterrent”, the North’s official news agency KCNA said.

The announcement came at the end of a three-day meeting that was being closely watched by the West due to concerns the country could launch its first nuclear test in five years.

US and South Korean officials have warned it could happen at “any time”.

“(Kim) stressed the need for the entire army to… consolidate in every way the powerful self-defence capabilities
for overwhelming any hostile forces,” KCNA said.

It added that Ri Pyong Chol, who has been leading missile development for North Korea, had been chosen as vice-chairman of the powerful Central Military Commission.

State media also released a photo of top officials in a meeting with a map that appeared to be of the east coast of the Korean peninsula.

Earlier this month, North Korea fired eight short-range ballistic missiles in its eighteenth test of the year, prompting a reciprocal launch from the US and South Korea.

The North’s tests in 2022 have included new hypersonic missiles, intercontinental ballistic missiles, and a short-range missile that could be designed for nuclear weapons.

Diplomacy between North Korea and America has stalled since 2019, when Donald Trump had two meetings with the North Korean leader.

President Joe Biden has said he is open to talks with Kim Jong Un if he is “sincere” and “serious”.

The US wants signs of disarmament from the secretive dictatorship, but North Korea refuses to take such steps while sanctions remain at their current level.

North Korea is also currently dealing with a COVID outbreak – referred to by state media as its “biggest emergency incident” – after announcing its first official infections in May. 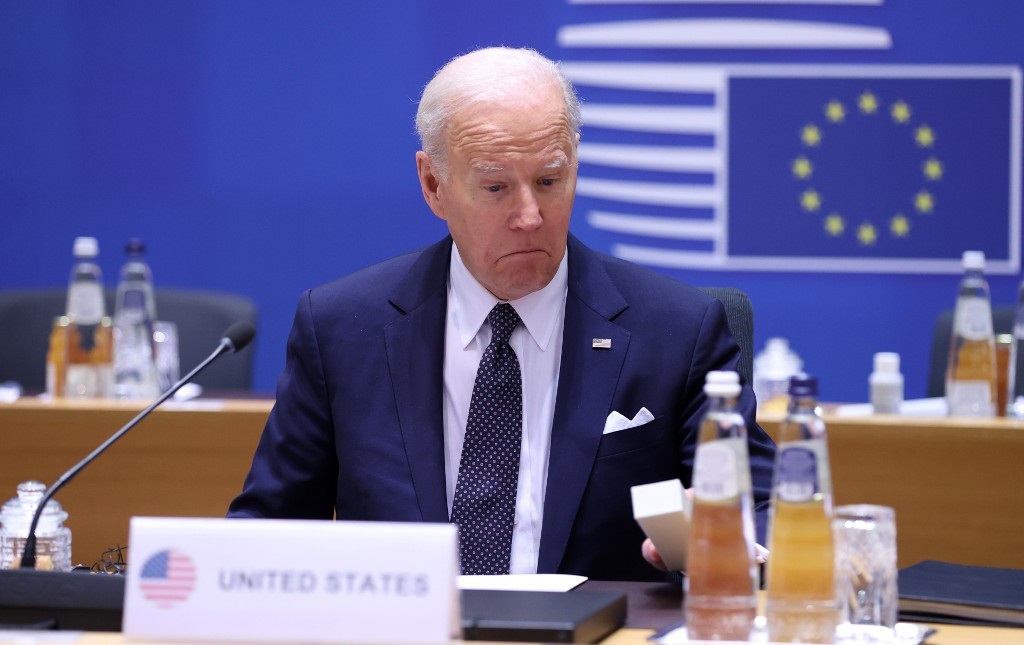 Watch: Biden Says He Will Back Ending Filibuster to Codify Abortion Rights