Perth and the Peel region will enter a four-day lockdown after a third Covid case was recorded.

Western Australian premier Mark McGowan made the announcement late on Monday, after a man in his 30s tested positive after what appeared to be “fleeting contact” with a confirmed case at a Perth brewery where he worked.

Earlier on Monday, a 32-year old woman who attended the Mobius health and performance gym in Joondalup, tested positive.

McGowan said genomic testing had confirmed that the original case who visited from Sydney had the Delta variant.

“We need to take this very seriously,” McGowan said. “We know the risk Covid presents and we know from around the world that the Delta strain is another new beast that we can’t take any chances with. It is debilitating and it can be deadly.”

Perth is the latest Australian city to go into lockdown as an outbreak that began in Sydney spreads across the country.

New South Wales recorded another 18 locally acquired cases on Monday, with 15 of the cases linked to the Bondi cluster, while Queensland reintroduced restrictions following two new local cases, including one of the Delta variant.

Two of the new cases in NSW are close contacts of a previously reported, unlinked case, with investigations underway into that case, NSW Health is saying it is a possible Westfield Bondi Junction exposure.

Premier Gladys Berejiklian said she was pleased with the number of cases, but warned that they could continue to “bounce around”.

The premier also said that the state’s support package for businesses will be announced on either Tuesday or Wednesday.

There have now been 130 locally acquired cases since 16 June, when the first case of the Bondi cluster was reported.

“Because of that additional cases and because there are interactions between school groups in different year groups, all students are now close contacts and must get tested and self isolate for 14 days regardless of a negative test.”

Chant also confirmed that a student at the Emanuel school was present at school while infectious, with authorities working with the school to clarify who is a close and casual contact.

Five new cases have been linked to the Great Ocean Foods seafood wholesaler in Marrickville, bringing the total number of cases at the wholesaler to 16.

Chant echoed the premier’s words in saying case numbers will “bounce around” in the coming days, and that it would require another five days “to see this picture turnaround”.

“The restrictions came in towards the end of last week, there were other mitigations earlier on, but the cases we have now reflect exposures that occurred and therefore it is important the community understands that the numbers are not expected to decline for another five days.”

NSW Police commissioner Mick Fuller said officers were clamping down on any breaches of health orders, and gave a bizarre example of two men caught sun-baking on the South Coast.

“Unbelievably, we saw two men sun-baking naked on a beach on the South Coast. They were startled by a deer, ran into the national forest, national park, and got lost.”

“Not only did they require assistance from SES and police to rescue them, they also both received a ticket for $1,000.

“Now, it’s only a small percentage of the NSW people that are not following the health guidelines, but I can assure you, if you breach the health orders, you will be punished.”

Both Berejiklian and Chant urged residents to get vaccinated, with health minister Brad Hazzard emphasising the point by saying everyone at a party in West Hoxton who was vaccinated did not contract the virus.

“Of the more than 30 people that were at that party, 24 of those people are now positive for Covid-19. And not one of those 24 people were vaccinated.”

“I could also advise that six health workers who attended that party, who were fully vaccinated, not one of those people has been infected with the Covid-19 virus.”

“If you’re vaccinated, you are much more likely to not be infected with Covid-19. Short message is: get vaccinated.”

It comes as Queensland records three new cases, two of which were locally acquired, prompting Annastasia Palaszcuck to introduce a raft of new restrictions across the state.

One of the new cases is linked to the Portuguese restaurant cluster, and is in isolation, and the other is the female miner reported on Sunday.

From 1am on Tuesday, 11 local government area’s will require residents to wear a mask, including: Noosa, Sunshine Coast, Ipswich, Logan, Redlands, Morton, Brisbane, Gold Coast, the Scenic Rim, the Lockyer Valley and Somerset.

The state will also return to the one per four-square-metre rule, with dancing banned, only small numbers allowed at weddings and visitors at homes limited to 30 people.

Palaszcuck said further restrictions could be expanded across the state if case numbers continue to rise.

“I know this is not ideal for everyone but we’ve got to act quickly.”

The cases emerging across the country prompted South Australia to introduce a series of pre-emptive restrictions, despite recording no new cases.

From midnight on Monday, masks will be mandatory in “high-risk health settings” including aged care facilities, hospitals and personal care settings.

Private gatherings will be capped at 150 people, and the one person per two square metre rule will be reintroduced. Seated drinking will be enforced, as well as limits on buffet-style venues, and banning the use of communal facilities within shisha bars. Singing will also be banned.

The restrictions will last for a week, with chief health officer Nicola Spurrier saying it was to prevent the virus getting into South Australia.

“This virus has a way of getting in here,” she said.

“This is a really significant risk. If we get this Delta strain in our community … we will have a very serious problem that I can’t promise we’ll get on top of.

“If anyone wants to think about what kind of problem it could be, look at NSW at the moment.”

One new case was recorded in the Northern Territory, with chief minister Michael Gunner announcing an extension of the lockdown for Darwin, Palmerston and Litchfield in response.

“I am really sorry about this. As I will explain, it is absolutely necessary stop (this) … the reality is we are not out of the woods yet. Not by a long way. The risk to the community has grown in the past 24 hours. We are now in an extremely critical period. We must stay lockdown while we keep this virus trap.”

The new case is a Darwin man in his 50s who is a close contact of an earlier case linked to the gold mine in the Tanami desert.

He is a fly-in, fly-out worker, and was infectious in the community for 36 hours before being transferred to the Howard Springs quarantine facility.

This is the first instance of a locally acquired case being recorded in the NT, with Gunner saying it meant Territory Day celebrations will be delayed.

It comes as Victoria updated its zoning classification to label Greater Brisbane, Perth and the Peel region as “orange zones” from 1am Monday. Most of NSW and the ACT remain “orange zones”, and greater Sydney remains a “red zone”. 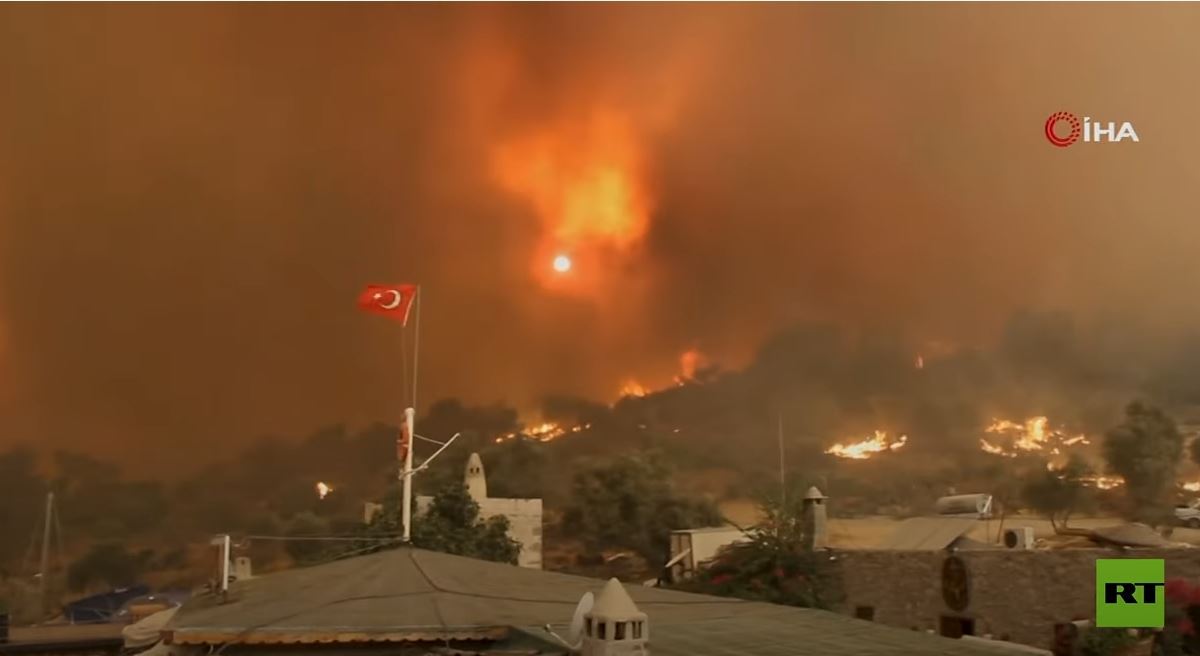 Notes from a Suburban Flâneur

Watch the moment gunmen opened fire in New York on a crowd.. 10 were wounded