Nowadays, the Trans-Urals are mostly spoken of as an agricultural zone, and the region’s oil and gas potential is considered completely unpromising. However, a group of researchers, which includes scientists from the Tyumen Industrial University, representatives of the Tyumen branch of the FBU “Territorial Fund for Geological Information for the Ural Federal District” (TFGI), specialists from the subsoil use departments in the Kurgan Region and the Ural Federal District, do not agree with this premise.

In their opinion, while in general in Russia there has been a clear tendency towards a decrease in the growth rate of hydrocarbon reserves, the Trans-Urals can safely claim the title of a province with undiscovered deposits. Their development is in the long term a completely different economy, a different alignment for the region. Alexei Arsenyev, deputy head of the department of primary geological information of the TFGI, told RG about what the enthusiasts have already found in the bowels of the region and how they intend to convince the skeptics.

Alexey Arkadievich, what caused the Tyumen residents’ interest in Kurgan?

Alexey Arseniev: My colleague in this project, Dmitry Leontiev, associate professor of the Department of Oil and Gas Well Drilling at TIU, is from the Kurgan Region, he is not at all indifferent to the future fate of his native land. And I, a geologist with many years of experience, have a professional interest in this topic: for a long time in the literature and the Internet I have searched, collected and systematized data on drilling, seismic and case studies in the Trans-Urals. The exploration level of the Kurgan region is several times less even in comparison with the minimally explored south of the Tyumen region. Let me explain why. Various organizations carrying out exploration work prepared reports for the customer, leaving one copy for themselves. Kurgan TFGI was created recently, there is not so much information in it, and organizations are still reluctant to hand over documents for storage. Our joint work with Dmitry, its theoretical stage, began six years ago, and the first visit to the site – to a natural oil show – was organized last autumn.

Large-scale searches for oil and gas in the Kurgan subsoil were carried out in the 30s of the last century, but stopped during wartime. Then about the Trans-Ural hydrocarbons, it turns out, have you forgotten?

Alexey Arseniev: The West Siberian oil and gas province starts from Novaya Zemlya and includes the Kurgan region. The study of the geological structure of the region began in the 19th century, and the first drilling works in the Trans-Urals date back to 1893, when the researcher Sakovich conducted hydrological surveys along the future route of the Chelyabinsk – Kurgan – Petropavlovsk – Omsk railway. A certain encouraging conclusion about the possible presence of hydrocarbons here dates back to 1935, when a gas fountain was obtained from a depth of more than 700 meters while drilling a well for water supply in the vicinity of the Makushino railway station. In the late 1930s, the oil-saturated core was recovered from a core well on the Alabuga River in the Zverinogolovsky region. Researcher Tutaev has repeatedly noted natural oil shows in the lower reaches of the river in the southern part of the region. Wells were drilled in the 1950s and 1960s. Wells with gas shows were drilled at Vargashinskaya, Kosolapovskaya, Alabugskaya, Petukhovskaya areas. But the discovery in the 1960s of huge hydrocarbon reserves in the Tyumen region shifted the vector of geological exploration to the central regions of Western Siberia as the most promising. Yes, they forgot about Kurgan … In 2008, the Kurgan-Uspenskaya well was drilled with federal funds in the southeastern part of the region, then several wells appeared for private investment. Drilling is an expensive process, the cost per meter of penetration is growing every year. Therefore, an integrated approach to geological exploration is required, based on geological and geophysical research methods.

In which area of ​​the Trans-Urals were the greatest manifestations of hydrocarbons observed?

Alexey Arseniev: In 1962, a structural exploration well with a depth of 928 meters was drilled near the Petukhovo state farm. While drilling in the process of test pumping from a depth of 900.85-923.4 meters, an outburst with a rapid release of combustible methane gas occurred. The first signs of weak carbonation were observed from a depth of 227 meters. Subsequent seismic works made it possible to identify local structures: Medvedevskoye, in the area of ​​Lake Medvezhye, 4 by 13 kilometers, west of the village of Kazantsevskoye – one by 2.5 kilometers and north of this village – two by 3.5 kilometers. At that time, these sites were recommended for testing oil and gas prospects by drilling. In 1963-1965, Tyumenneftegeologia drilled four wells at the Medvedevskaya structure, from which they received inflows of saline formation water with dissolved combustible gas with a flow rate of 40 to 269 cubic meters per day and a gas flow rate of 22 to 69 cubic meters per day. The composition of the gas in the drilled wells is nitrogen-methane.

Have you decided to go in search of oil manifestations on your own?

Alexey Arseniev: In 2020, our group went to the former settlement of Bespalovo on the banks of the Alabuga in the Zverinogolovsky district – now there is a field there. At 150 meters from the place where once stood a wooden bridge across the river, as the geologist Tutaev reported in his reports more than 80 years ago, they recorded the release of oil to the earth’s surface in the form of an irrigating film and took several soil samples. Analysis in the geochemical laboratory of TIU showed the presence of saturated and unsaturated hydrocarbons from methane to pentane. You can read more about this in the second issue of the journal Izvestiya Vuzov. Oil and Gas. Old residents of the Shatrovsky district said that they had repeatedly noticed oil and gas outflows to the surface of the Iryum River – we will describe the exploration at the Prokhladny farm in the next scientific articles. After collecting information on the observations of local residents, and there are enough of them, we made a schedule of further trips around the Trans-Urals. There are facts. We need to confirm them in order to proceed.

And what will happen next?

Alexey Arseniev: For example, books about the prospects for the search for Kurgan oil. The first, published in 2019, was consulted by Arkady Kurchikov, Doctor of Geological and Mineralogical Sciences, Head of the Institute for Problems of Geology, Oil and Gas of the University. This work received a diploma from the regional competition “Book of the Year”. The monograph published last year was also honored. Today we are releasing a two-volume edition “Oil and Gas of the Trans-Urals: Past and Present”, “Oil and Gas of the Trans-Urals: Present and Future”. They say that Kurgan is a purely agricultural region. I strongly disagree: on its territory there are uranium deposits, deposits of polymetallic and metal ores, precious and semiprecious stones … Our team of authors speaks about this in full voice.

But you won’t be full of scientific publications alone. Are there any practical advances?

Alexey Arseniev: In March last year, a representative meeting was held at the Kurgannedra department with the participation of colleagues from Uralnedra. The meeting ended with the fact that a working group was formed to create a program of exploration work in the Kurgan region, that is, to conduct regional profiles with a total length of 1.5 thousand kilometers. In this regard, the territory has not been explored at all. After that, it is planned to interpret the data obtained in the areas that seem to be the most promising. This will take at least two years. Well, then – the drilling itself.

If there are oil reserves in the region, what prospects will open up for the territory?

Alexey Arseniev: This will be a new chapter in the history of the Trans-Urals. At first, no one believed in the Tyumen oil either. Our first reference well was laid in February 1949 – it gave an idea of ​​the geological structure of the south of the region. Not so long ago, it was believed that there is no commercial oil in the Omsk, Sverdlovsk, and Chelyabinsk regions. But now there are four fields in Omsk. At the beginning of last year, there were seven deposits in the Middle Urals, with the last discovered recoverable reserves amounting to 22 million tons.

Here is such a reality: black gold was found on the lands of neglected agriculture! Taking into account such factors as landscape and infrastructure conditions and proximity to the consumer, it can be assumed that even relatively small deposits of hydrocarbon raw materials in the Trans-Urals can be profitably developed, such as, for example, the Tevrizskoye and Prirakhtovoye fields in the Omsk region.

Kurgan also has prospects for peat. The western part of the region is wooded and swampy. If I am not mistaken, in 2010 they planned to purchase gas-electric stations operating on milled peat.

And yet, so far there is no talk of industrial oil production in the Kurgan region. Do you believe she’s just around the corner?

Alexey Arseniev: The information we already possess is compelling. For others to believe, you cannot stop – you need to work, present new facts. But so far we do not invite anyone from outside to our expeditions, because they are often spontaneous: we leave when there is an opportunity. I am sure the fruits will still be there. 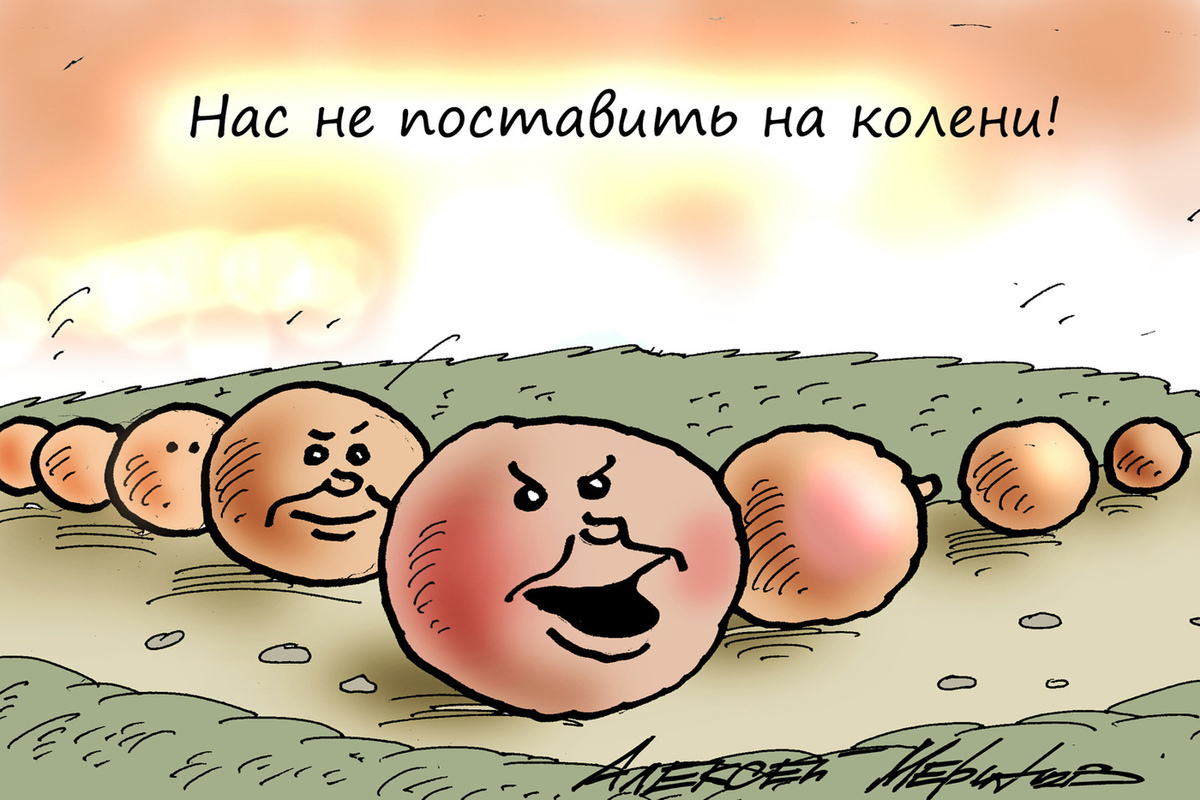 Putin’s kolobok: the president’s literary preferences have a secret meaning