Catherine Buteau, a 33-year-old marketing and communications specialist in Montreal, woke up on Feb. 7 to a lot of missed calls on her phone. Her relatives in Haiti had been desperately calling her. Her father, mother and aunt had been snatched from their beds in Port-au-Prince in the middle of the night.

“No one knew what was happening, just that they were taken,” she told me. “In the beginning, not understanding what’s happening, I thought the worst.”

Later that day, Ms. Buteau learned that her parents and her aunt were among the eighteen people who had been arrested and accused of attempting a coup against Haiti’s president, Jovenel Moïse. Since that day, she’s been working around the clock with a lawyer in Haiti to try to get her parents out of prison.

Were they plotting a coup or trying to restore democracy?

Jake Johnston, a Haiti specialist at the Center for Economic and Policy Research, told me that the answer depends on when you think the president’s term is up. Opposition leaders say it ended on Feb. 7, four years after his inauguration in 2017. They were openly planning to swear in a parallel government to force him to relinquish power. But supporters of Mr. Moïse say he has another year left in his term, because a disputed election delayed him from taking office.

“That’s what so much of this comes down to: legitimacy,” Mr. Johnston said.

Some coups are obvious, like the recent military takeover in Myanmar. Others are murkier. What constitutes a coup d’état is all too often in the eye of the beholder.

Coups are getting rarer, according to John Chin, a researcher at Carnegie Mellon University who tracks illegal power grabs. The 1960s saw dozens of coups around the world each year. More recently, there’s been only one or two a year. But accusations of coup plots have not gone away. Indeed, even the leaders of democracies — like Donald Trump in the United States and Benjamin Netanyahu in Israel — have cried coup to delegitimize opponents by portraying their conduct as illegal and undemocratic, Mr. Chin told me.

The question of whether something is deemed a coup has practical implications. In 2009, when Honduran special forces escorted President Manuel Zelaya from his house in his pajamas at gunpoint and onto an airplane flight out of the country, the U.S. State Department refrained from calling it a “military coup,” because doing so would have meant cutting off aid to the Honduran military.

And, in 2019, when Bolivia’s president Evo Morales, an icon of the left, was forced to flee to Mexico just weeks after he was declared the winner of a fourth term in office, U.S. officials rejected the term “coup” and called it an expression of “democratic will.”

If a government is unpopular enough, its overthrow is called a revolution. Nowhere is this more obvious than in Haiti, a nation founded when enslaved and free people revolted against their French colonial masters, winning independence in 1804. Few historians would call that a coup.

But popular revolts are easier to produce than popular governments. Haiti has endured a number of brutal dictators, notably François Duvalier, known as “Papa Doc,” in the 1950s and ’60s and his son, Jean-Claude Duvalier, “Baby Doc,” who ruled from 1971 to 1986. There were lots of plots to take out Papa Doc, who survived by relying on a dreaded militia, the Tontons Macoute. Haiti is an example of how failed coups, or even purported failed coups, can strengthen a leader’s hold on power by giving a pretext to crack down on opponents.

Haitians didn’t get to choose their first democratically elected leader until 1990, when Jean-Bertrand Aristide won in a landslide, only to be deposed twice in military coups. Once a country catches a case of the coups, it can be hard to cure. Every leader afterward is less secure.

Ms. Buteau’s parents don’t seem like the coup-plotting type. They weren’t soldiers. Her father, Louis Buteau, is an agronomist who worked for years in Haiti’s Ministry of Agriculture. Her mother, Dr. Marie Antoinette Gautier, is a well-known surgeon at Hôpital Eliazar Germain who once opened a clinic inside their house for people in their neighborhood. Dr. Gautier also ran for president in 2015 as a long-shot candidate.

“My mother, she is very vocal,” Ms. Buteau told me. Raised by a widowed nurse with seven children, Dr. Gautier went into medicine, while her sister, Marie Louise Gauthier, joined the national police.

“These are people who have dedicated their lives to public service in Haiti,” Ms. Buteau said.

They sounded like the kind of educated and civic-minded Haitians who might throw up their hands at the political situation and emigrate to the United States or France or Canada. But Ms. Buteau’s parents didn’t want to leave Haiti.

They stayed even when, a few years ago, Mr. Buteau was shot by robbers outside a bank, and then a wave of kidnappings washed over the country, snapping up a distant cousin for ransom. Still, the last time Ms. Buteau talked to her parents, they were on edge because of the deteriorating political situation. The last year has been marked by increasing protests against the president, who has ruled by decree since he dissolved Parliament in January 2020.

Whatever legitimacy Mr. Moïse enjoys stems from his 2016 election. But political legitimacy gets murky when large numbers of people have been kicked off the voter rolls and when elections have a reputation for being rigged.

Only about 20 percent of Haitians turned out in the election that brought Mr. Moïse to power. Merely holding elections isn’t enough — the public must perceive the vote to be free and fair for the winner to carry moral force. That’s a warning for the United States, where Republicans are busy trying to toss people off the voter rolls, and where some Democrats feel it’s futile to try to convince Trump supporters that President Biden won fairly.

The question of when the president’s term ends should have been answered by a constitutional court. But the justice system in Haiti isn’t functioning as it should, thanks to the president. So Mr. Moïse has been planning another year in office, even rolling out plans for a nakedly unconstitutional referendum in April that would strengthen his grip on power. While a consensus has formed in Haiti that some political reforms are necessary to prevent cyclical deadlock, the current Constitution specifically forbids amendments by referendum.

After the attack on the Capitol on Jan. 6, Americans no longer have much credibility to lecture other countries about elections, if we ever had it to begin with. In the past, Americans overtly meddled in Haiti’s politics, in ways that didn’t produce good long-term results. It isn’t our place to resolve the crisis in Haiti.

Nor should U.S. tax dollars pay for Mr. Moïse’s unconstitutional referendum. And Haiti’s leaders should not be allowed to park their money in U.S. banks if there is reason to believe it was pilfered in corrupt schemes or garnered through kidnapping rings involving state security forces. That’s what the Magnitsky Act is for.

Many people in Haiti believe that the Trump administration made a deal with Mr. Moïse: If he supported the U.S. case against Venezuela, then Washington would look the other way when it came to human rights abuses in Haiti. But things have gotten so bad there that even the Trump administration couldn’t stay silent. In December, the Treasury Department issued sanctions on two former officials in Mr. Moïse’s government and a notorious gang leader for their alleged role in a 2018 massacre in which at least 71 Haitians were killed, reportedly for refusing to side with the president against the opposition.

More must be done to hold those who committed atrocities accountable. It’s hard to imagine free and fair elections in Haiti as long as such killers walk free. Still, the State Department initially supported Mr. Moïse’s view that he has another year in office, a declaration that some feel gave him the confidence to arrest Ms. Buteau’s relatives, although a spokesman also called on him to adhere to the spirit of the Constitution. Other voices inside the U.S. government have spoken up forcefully about the situation in Haiti.

Mr. Moïse’s government put out a videotape showing “proof” of a coup, which featured a recording of a conversation between Ms. Buteau’s aunt, the national police’s inspector general, and the head of security at the presidential palace. The government says the tapes prove that Ms. Buteau’s aunt tried to bribe the security chief into arresting Mr. Moïse so that a new provisional president — a Supreme Court judge who was also arrested — could be sworn in.

Was this really proof of a coup? Not likely. The video named the coup’s mastermind as Dan Whitman, an American who served as the U.S. Embassy spokesman in Haiti 20 years ago. Reached at his home in Washington, Mr. Whitman told me the allegation “couldn’t be more bizarre and more untrue.”

Mr. Whitman, who retired from the State Department in 2009, told me he hasn’t been to Haiti in two decades. He had lost track of what was happening there until a Haitian radio journalist called him to ask for a comment about the purported plot. He has since heard a rumor that someone impersonating him has been calling up opposition figures in Haiti and giving orders that paved the way for the Feb. 7 arrests.

“I’m disgusted,” he told me. “I’m creeped out. But I’m not surprised. This kind of thing happens all the time in small, vulnerable countries.”

The Biden administration must find ways to speak up for fair elections in Haiti without trying to decide the outcome. In a draft of letter to Congress, Frantz G. Verret, former president of Haiti’s electoral commission, asked for help convening a meeting between the opposition and the president. He likened it to “roadside assistance” to get Haiti’s democracy moving again.

That’s the sort of help that would be proper for the United States to provide. After all, it is the people of Haiti who must decide if their president is legitimate or not, and if the foiled coup in Haiti was really a coup at all. 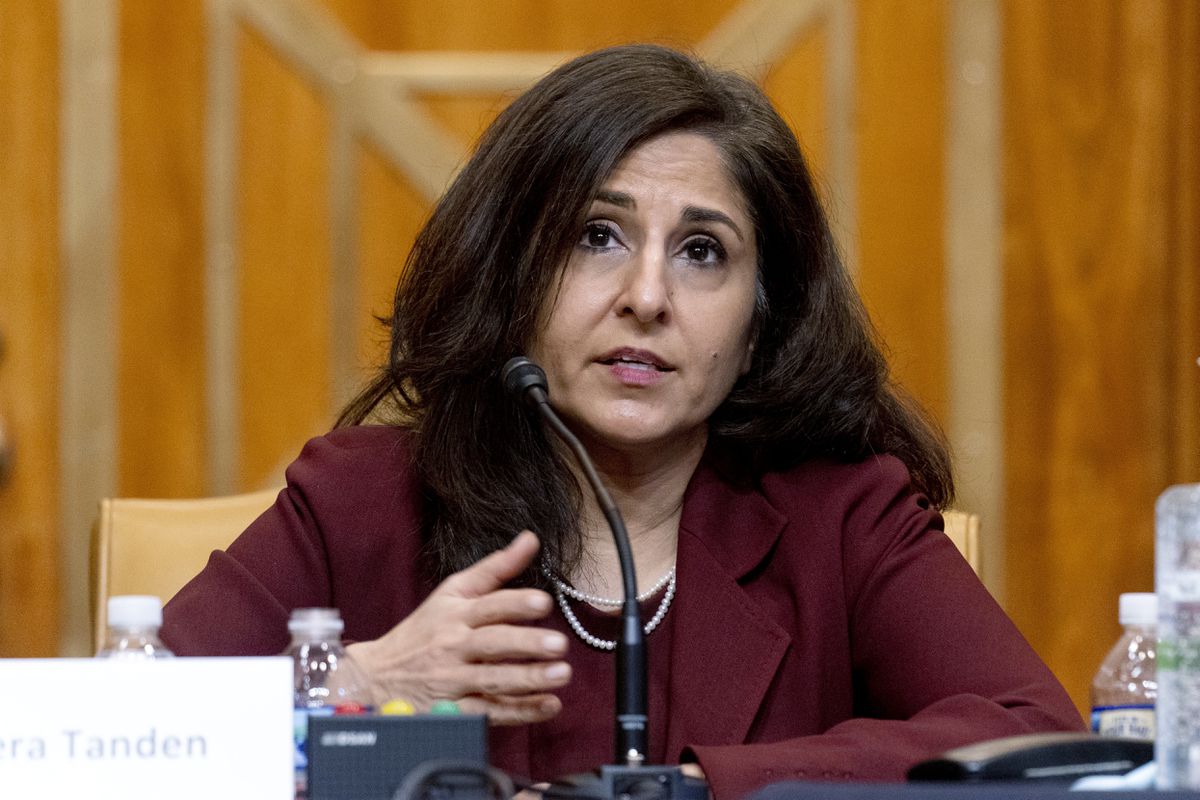 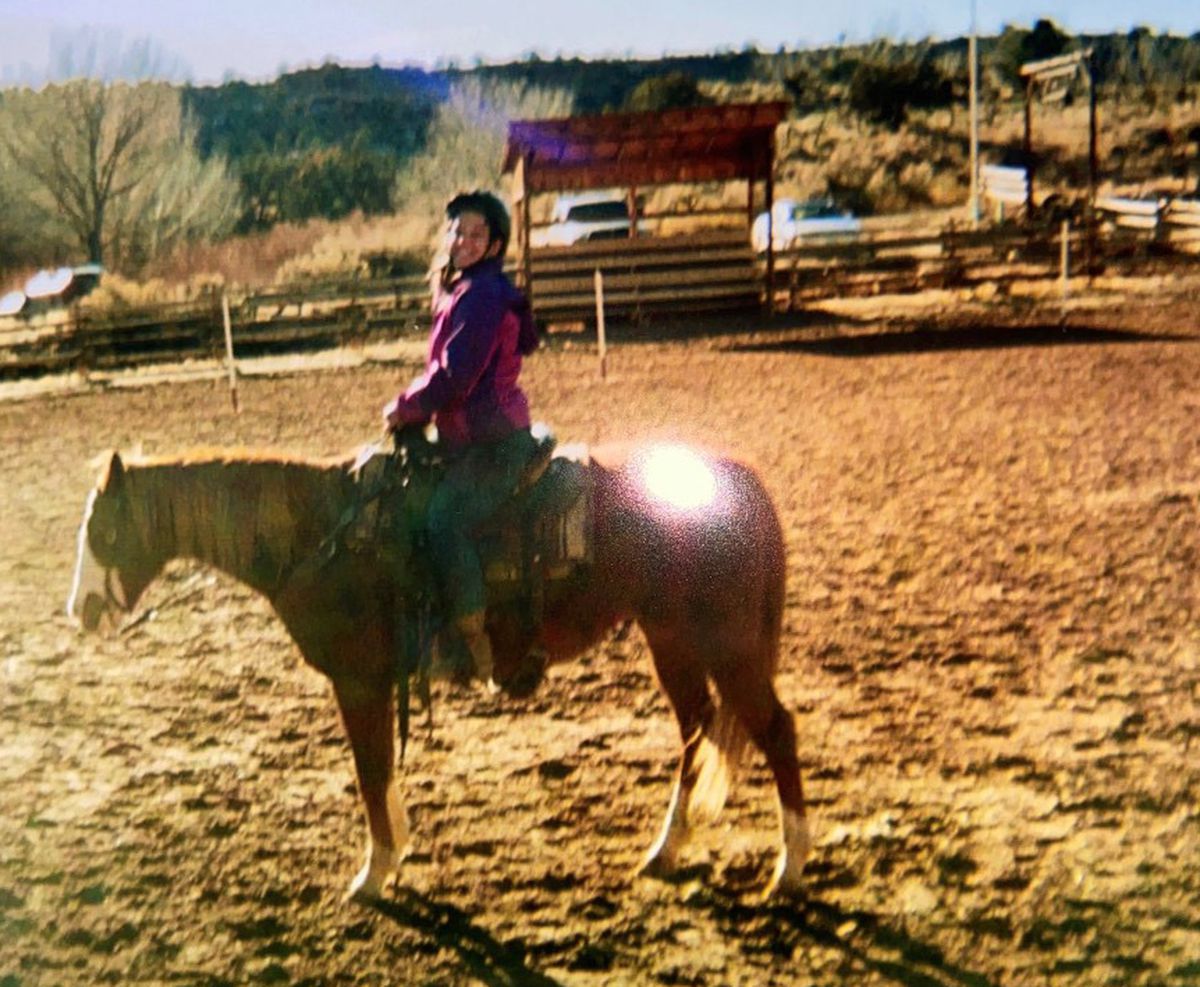 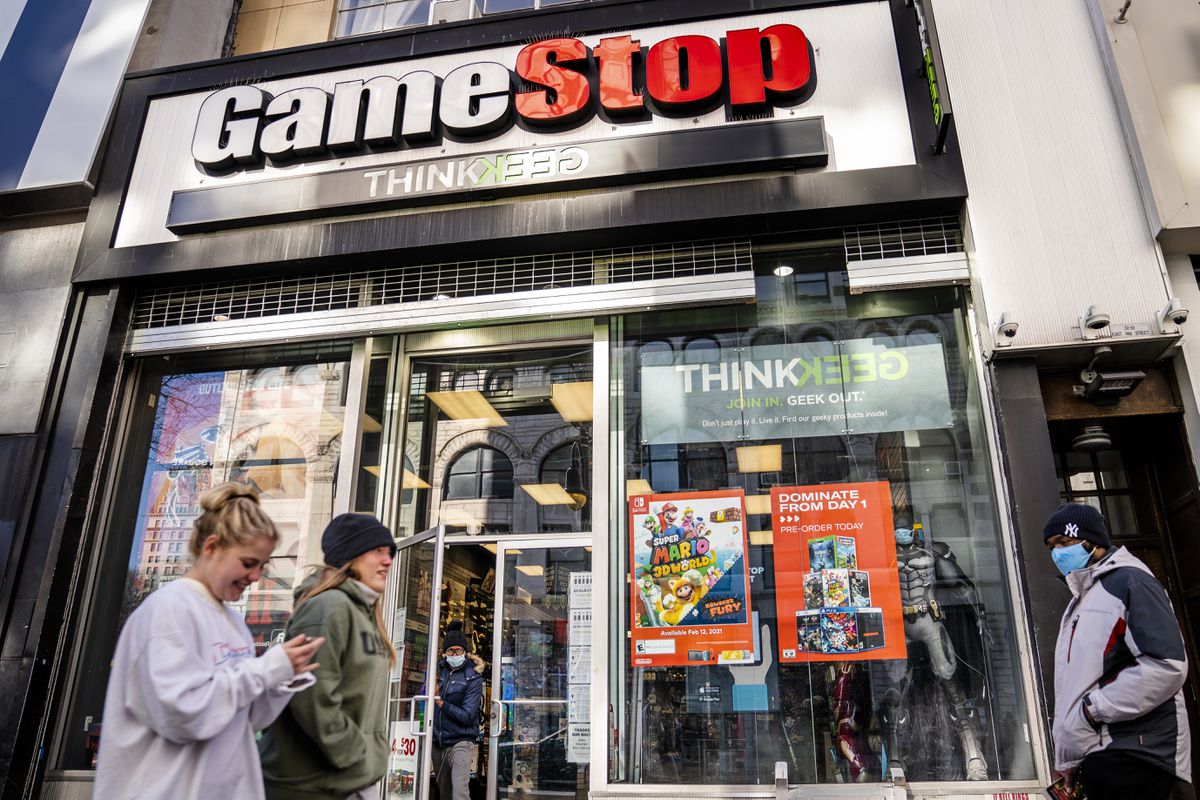 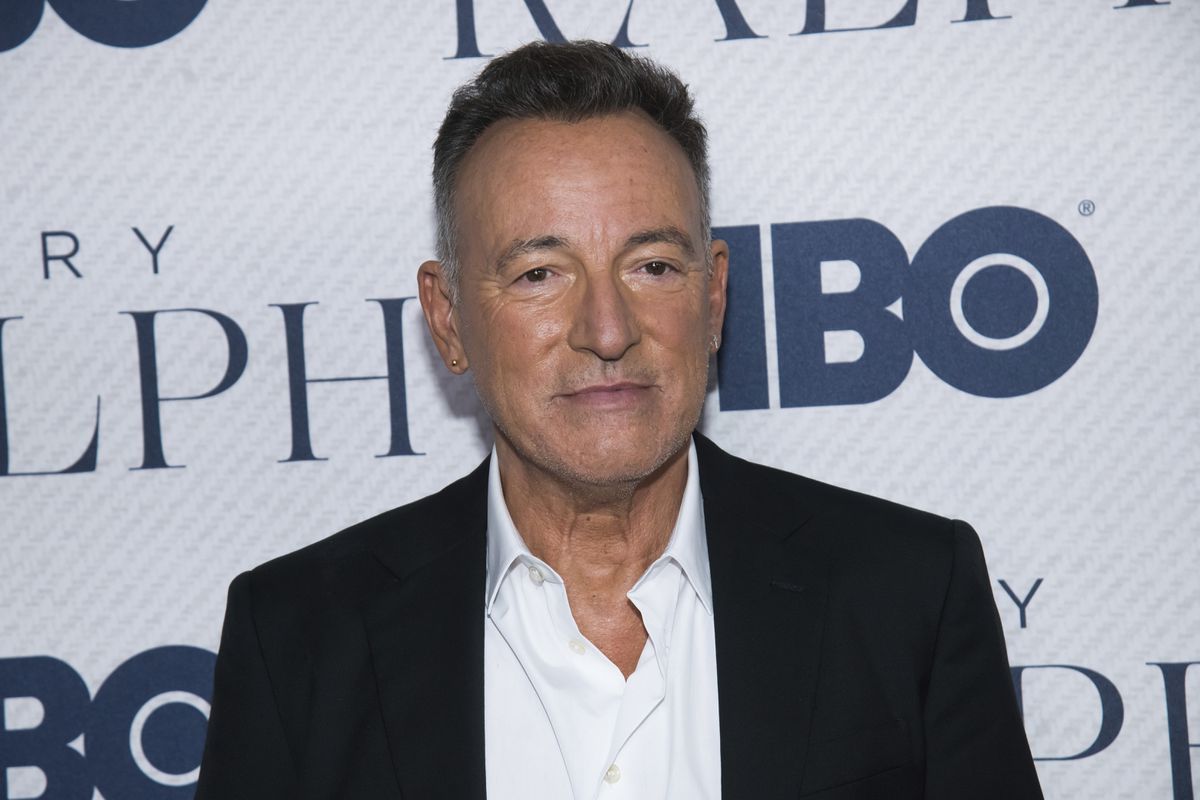