The CSTO summit in Yerevan ended with a loud political scandal. Armenian Prime Minister Nikol Pashinyan refused to sign the final declaration of the event, accusing his allies in the defense bloc of abandoning his country to its fate and leaving it alone with an aggressive Azerbaijan. All this looks like a demonstrative attack on Moscow: it is Russia, as you know, that is the core and supporting structure of the CSTO.

And there is indeed such a component in what is happening. But this is just the tip of the iceberg, a small fragment of a larger game in which Pashinyan’s own survival is at stake.

How did Armenia succeed? For several closely related reasons. Azerbaijan plunged into the abyss of political and economic chaos.

In the key year in terms of the development of the conflict in 1992, the first persons of the republic changed simply with kaleidoscopic speed: first Ayaz Mutalibov, then interim president Yakub Mammadov, again Ayaz Mutalibov, the new interim president Isa Gambar, then the theoretically permanent president Abulfaz Elchibey, who in fact turned out to be also temporary – he was overthrown the very next year, 1993. But Armenia, against the backdrop of discord with its neighbor, despite the inevitable internal struggle, managed to consolidate politically around a common goal for all.

Azerbaijan in the early 90s took a step towards aggressive nationalism and very quickly fell out with Moscow. Helpless politically, managerially, and diplomatically, President Elchibey was an open Russophobe. Armenia, after sharp conflicts with Moscow during the Gorbachev period, managed to orient itself in time and secure the status of Russia’s main ally in the Caucasus.

As a result, when the highly experienced Heydar Aliyev returned to power in Baku in 1993, Azerbaijan was a country destroyed in every sense. But gradually the balance of power between the two republics began to change. The Aliyevs – first a father, and then his son Ilham, who succeeded him as president – restored political control, turned Azerbaijan into a rich oil state, and progressively increased the country’s military potential.

Armenia has been stagnating all this time in the grip of an economic and transport blockade. And after Nikol Pashinyan came to power in Yerevan, the republic lost another of its key advantages – the built-up allied relations with Moscow. Pashinyan openly gravitated (and still gravitates) towards the West. Naturally, out of necessity, he tried to forge a close relationship with the Kremlin. But in fact, he did not succeed: Putin is a politician who acutely feels the insincerity, inexperience and weakness of his partner.

Why this long historical digression? In addition, it allows you to see the development of the conflict between Armenia and Azerbaijan both in dynamics and from a bird’s eye view.

Having defeated the enemy during the Second Karabakh War in 2020, President Aliyev declared his complete and final victory. However, in reality, Azerbaijan’s victory is neither complete nor final. The most important issue, from which, in fact, the conflict between the two republics began, remained unresolved – the status of Nagorno-Karabakh.

However, Azerbaijan is not ready to leave this issue unresolved forever – or even for a long time. According to the ceasefire agreement reached with the mediation of Moscow in November 2020, Russian peacekeepers were deployed in Nagorno-Karabakh. Their presence in the disputed region is now a guarantee that Azerbaijan will not try to resolve the issue by force. The key word in the previous sentence is “now”.

Of this first clearly defined five-year period, two years have already passed. Why is it important? Because Azerbaijan is completely unwilling to extend the stay of Russian peacekeepers in Nagorno-Karabakh for a new five-year term and uses the threat of not extending this stay as leverage to put pressure on Pashinyan.

The strategic goal of Ilham Aliyev is to force Yerevan to agree not to a temporary ceasefire, but to a complete “normalization of relations” between the two countries. Naturally, we are talking about “normalization” exclusively on Baku’s terms. And the main of these conditions is the recognition by Armenia of the unconditional sovereignty of Azerbaijan over Nagorno-Karabakh.

Naturally, Pashinyan does not want to make such a concession at all. However, the desires of the Prime Minister of Armenia may turn out to be much less important than the real alignment of forces. In the new geopolitical reality, Azerbaijan is objectively stronger. Thanks to pressure from Moscow, Aliyev agreed to a delay. But he intends to get his way – either with the consent of Yerevan, or without such consent. What this “own” means in practice is not yet very clear. But one thing is firmly clear: even those conditions for the restoration of its control over Karabakh, which Baku considers an exceptionally noble concession on its part, will be perceived by the majority of the population of Armenia as complete and unconditional surrender.

This, in turn, brings to the fore the question of his survival for Pashinyan. To the amazement of observers like me, the Armenian premier managed to “hold on” after losing the war two years ago. However, an even more serious test looms ahead of him. And in order to make this test less serious, Nikol Pashinyan diligently turns the arrows to others. Like, it’s not me! I was forced, I was forced, I was betrayed! And who are those “others” on whom you can translate the arrows? Only Moscow is suitable for this role.

This, of course, is also fraught. Putin is not the kind of person who can be pointed at with impunity. Therefore, Pashinyan has to weave complex rhetorical lace, alternating transparent hints with compliments addressed to partners.

Pashinyan: the talks at the CSTO summit were “open, sincere and positive.” The same Pashinyan a day earlier: “It is depressing that Armenia’s membership in the CSTO did not deter Azerbaijan from aggressive actions … In fact, until today we have not been able to reach a decision on the CSTO’s reaction to Azerbaijan’s aggression against Armenia. These facts cause great damage to the image of the CSTO both within our country and abroad.”

We say CSTO – we mean Russia? Undoubtedly. But please note: Russia does not directly appear anywhere in the critical remarks of the Prime Minister of Armenia. This allows him, if necessary, to speak in the style of “What am I? I’m nothing!” Such is today’s specificity of the great diplomatic game in the Caucasus, a game that will soon enter its decisive stage. 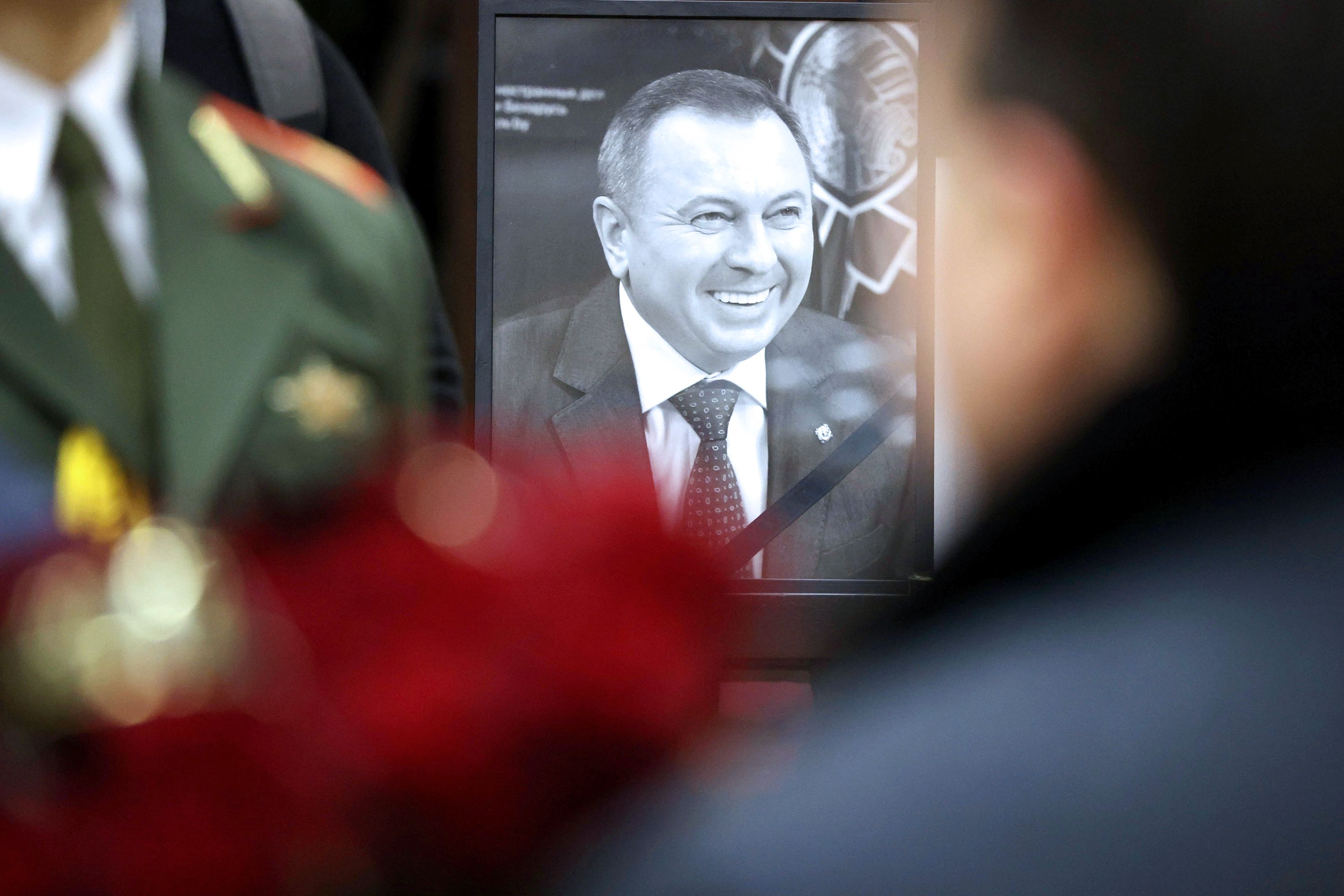 Lavrov: Death of Belarusian Foreign Minister Makei came as a surprise to everyone

Video. The Russian Foreign Ministry announced the refusal of the Federal Republic of Germany in visas to employees of Rossotrudnichestvo | Video | News