House Speaker Nancy Pelosi recently officiated at the lavish wedding of oil heiress Ivy Getty and went maskless at the ceremony at San Francisco City Hall, which made her the target of the mob on social media.

The wedding was featured Tuesday in a spread in Vogue headlined “Inside Ivy Getty’s Fantasy Wedding Weekend in San Francisco.” It includes about 100 photographs of the over-the-top festivities.

The opulent ceremony at City Hall included orchids cascading in a waterfall design and Persian rugs adorning the steps of the main hall.

The ring-bearer was the bride’s dog, a Chihuahua mix named Blue. The wedding featured 14 bridesmaids, including actress Anya Taylor-Joy.

Gov. Gavin Newsom, who missed a climate conference in Scotland, also attended the wedding funded by big-oil wealth, according to the magazine.

The gawking on social media over the excesses of the wealthy elite put Mrs. Pelosi and Mr. Newsom in the crosshairs.

“Nancy Pelosi was an officiant at the Getty wedding. Isn’t it weird that Green New Deal/Climate Activists would go to the wedding of an oil heiress?” tweeted Bobby Jeffries, a Republican Senate candidate in Pennsylvania.

Politico referred to “the ridiculous opulence of the Nancy Pelosi-officiated wedding.”

A gay activist who goes by the Twitter handle @SFMattyG posted, “It’s so insane to me how this whole other world exists in this city I live in, so decadent but no less obscene than the tent encampments right on the other side of the walls of City Hall where this took place. Pelosi partaking in this speaks volumes.”

Nancy Cook, White House correspondent for Bloomberg News, tweeted, “This wedding is amazing, and I’d like to know how much $ one needs to donate to Democrats to have Speaker Pelosi officiate…”

Tina Nguyen, a national correspondent for Puck News, retweeted a photo of the Chihuahua dressed in a tiny gown and sporting a bejeweled necklace, and commented, “Out of all the ‘plutocrat Hunger Games’ details from that Ivy Getty wedding piece in Vogue, the thought of Nancy Pelosi picking up this dog as she officiated the vows kills me the most.”

Vogue reported that the wedding “kicked off with a British Invasion Mod Party at The Palace of Fine Arts in San Francisco.” The designer’s inspiration for the first night of festivities was the 1968 sci-fi film “Barbarella.”

Vogue said it took the designer’s team seven days “to reimagine what normally feels like an airline hanger inside into a full-fledged nightclub, complete with shiny silver walls.” 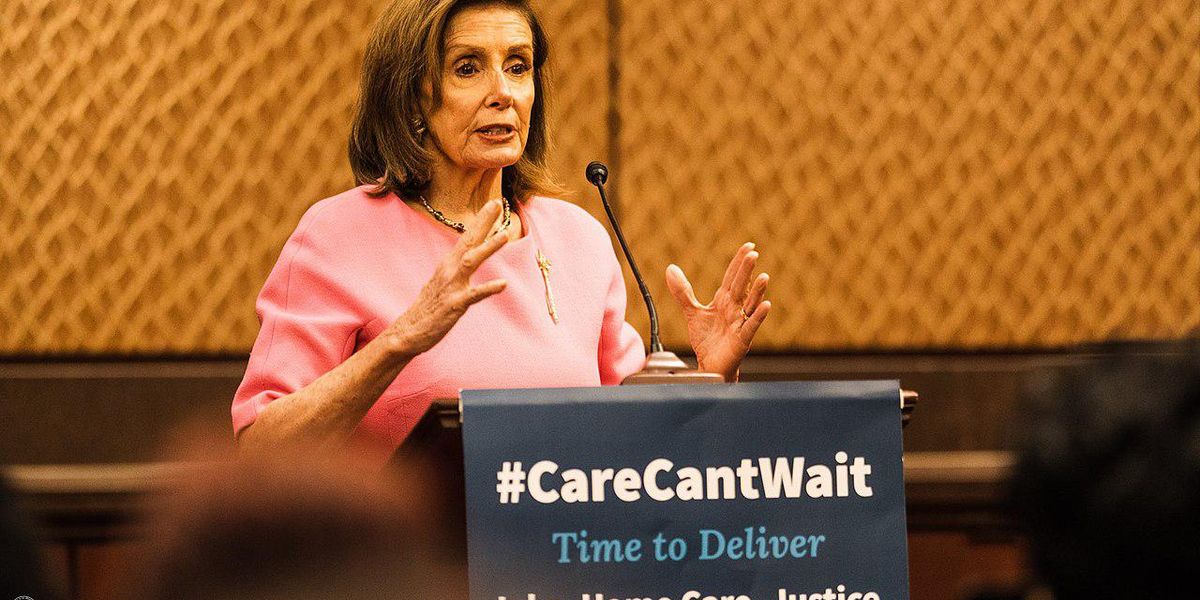