Pro golfer Michelle Wie has shared her shock at hearing Rudy Giuliani’s ‘unsettling’ story about looking up her skirt during a charity event seven years ago.

Giuliani told the story on Thursday when he appeared on Steve Bannon’s ‘War Room’ podcast to eulogize his friend Rush Limbaugh, the conservative talk radio host who died of lung cancer the day before.

The unpredictable former lawyer to President Donald Trump seemed to shock Bannon when he recounted a day with Limbaugh on the golf course – and mentioned Wie’s underwear.

Giuliani reminisced about a charity golf outing in 2014 where he said he and Limbaugh observed Wie ‘bending over and showing her panties’.

The LPGA star, 31, responded to Giuliani’s comments in a statement on Friday, accusing him of ‘objectifying’ her. 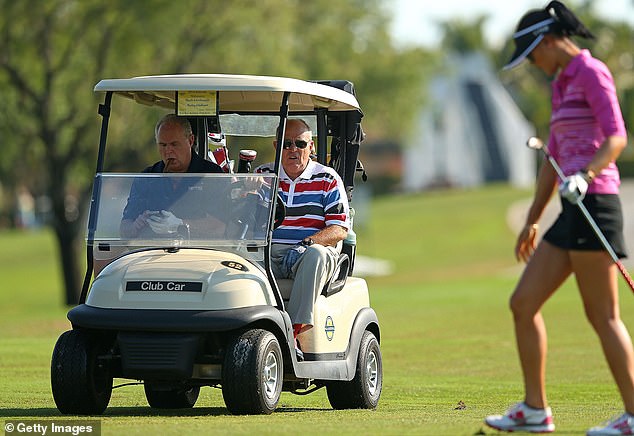 In March 2014, Giuliani and Limbaugh (seen in the cart on the left) played alongside Wie (right) during the Els for Autism Pro-Am charity event in Palm Beach, Florida 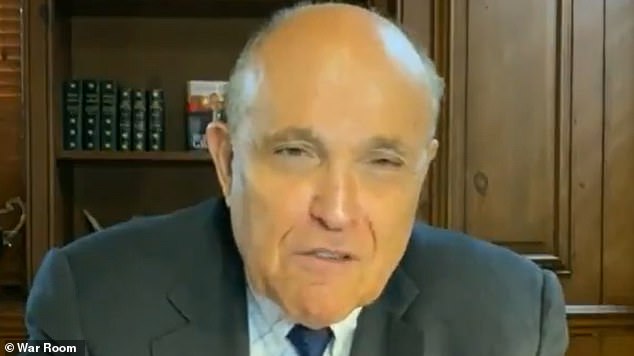 I had to hear it so you do too:

(He refers to Rush as “Roger” because he has pudding for brains but in context it was definitely about Rush) pic.twitter.com/fh4zO3DUVi

‘It’s unsettling to hear of this highly inappropriate story shared on a podcast by a public figure referencing my “panties” whilst playing at a charity pro-am,’ Wie wrote in a statement on Twitter.

‘What this person should have remembered from that day was the fact that I shot 64 and beat every male golfer in the field leading our team to victory.

‘I shudder thinking that he was smiling to my face and complimenting me on my game while objectifying me and referencing my “panties” behind my back all day.

‘What should be discussed is the elite skill level that women play at, not what we wear or look like.

‘My putting stance six years ago was designed to improve my putting stats (I ended up winning the US Open that year), NOT as an invitation to look up my skirt!

‘Nike makes skirts with SHORTS built in underneath for this exact reason … so that women can feel CONFIDENT and COMFORTABLE playing a game that we love.’ 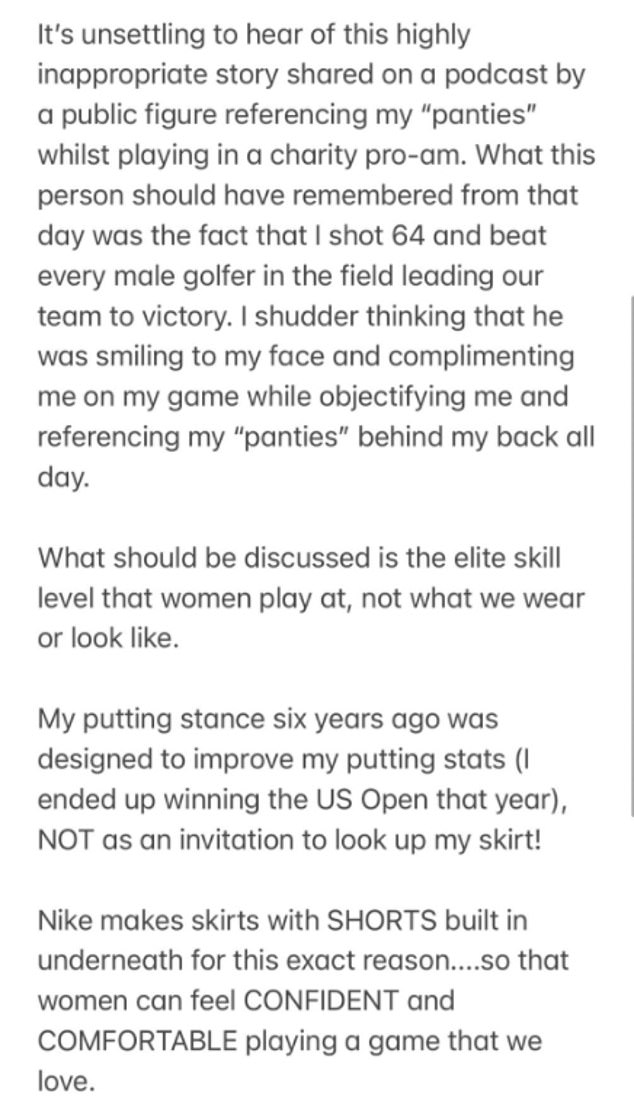 Giuliani had launched into what he called a ‘funny story’ as he described how he and Limbaugh bonded over golf on Bannon’s podcast.

The two men, along with magazine publisher Marvin Shanken, had been paired with Wie at the Els for Autism Pro-Am, which was held at the PGA National Golf Club in Palm Beach, Florida, on March 10, 2014.

Their team ended up winning the event thanks to an impressive performance by Wie, according to the official web site for the fundraiser.

But Giuliani remembered the day for a different reason, recalling how he and Limbaugh were being hounded by photographers.

‘The paparazzi was driving us crazy!’ Giuliani told Bannon. 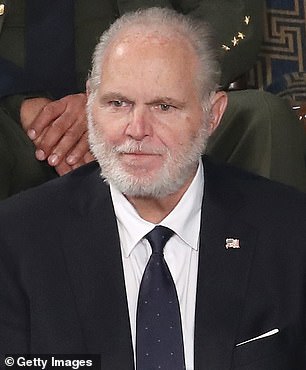 Limbaugh, the nationally syndicated conservative radio talk show host, died on Wednesday of lung cancer. He is seen above in February of last year

Giuliani said that he recalled Limbaugh commenting to him: ‘What did you do now? You know how I hate [having] pictures taken. I know you’re famous but can’t you tell them to stay away?’

The former mayor then said he invited Limbaugh to ‘come on to the green with me’ because Wie was getting ready to putt.

‘She bends all the way over and her panties show. And the press was going crazy.’

He said that the media was clamoring to ‘take pictures of her panties.’

In the next sentence, Giuliani appeared to get Limbaugh’s name wrong.

Giuliani’s remarks were met with an awkward silence from Bannon. Having failed to get the laughs he expected, Giuliani added:  ‘Is that okay to tell that joke? I’m not sure.’

‘Well, you already told it, so I don’t know,’ Bannon replied, prompting Giuliani to giggle.

The bizarre retelling came months after Giuliani found himself in hot water when he was ‘honey-trapped’ by an actress posing as a conservative journalist in Borat Subsequent Moviefilm.

In perhaps the most notable scene from the movie, Giuliani was filmed reclining on a bed and appearing to put his hands down his pants in front of actress Maria Bakalova, who portrayed 15-year-old Tutar Sagdiyev. 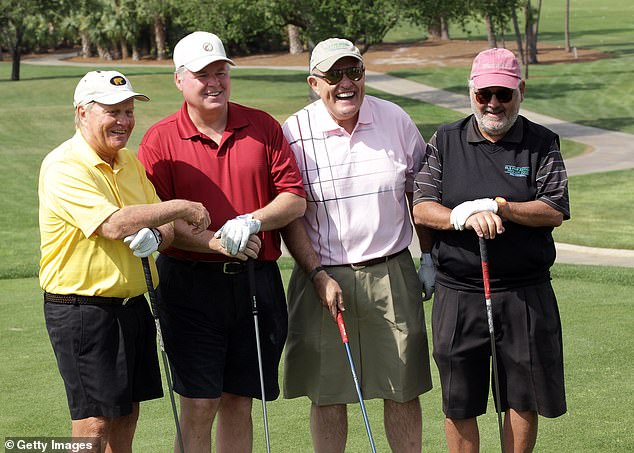 Giuliani paid tribute to Limbaugh, with whom he was frequently seen. From left: Golf legend Jack Nicklaus, Limbaugh, Giuliani, and magazine publisher Marvin Shanken are pictured above during the Els for Autism Pro-Am charity event in West Palm Beach in March 2011 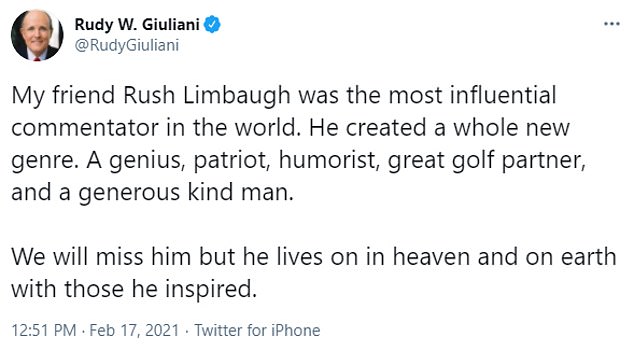 Critics on social media seized on Giuliani’s remarks, calling him misogynistic and creepy for calling out Wie’s appearance with no mention of her skill.

Wie shot to fame in the golf world when she became the youngest player to qualify for the USGA amateur championship at age 10 in 2000, before turning pro at 15.

Over the course of her career Wie has secured five victories on the LPGA Tour, earning more than $6.8million.

In March 2019, she wed Jonnie West, the director of basketball operations for the Golden State Warriors and the son of former Lakers great Jerry West.

Later that spring, Wie announced she was taking a break from competitive golf for the remainder of 2019 citing the injuries she has battled throughout her career.

In June of last year, Wie gave birth to her daughter, Makenna Kamalei Yoona West. She has said she is interested in returning to competitive golf.

Wie has been plagued by wrist problems and had endured a start-stop return to the sport following wrist surgery in October 2018.

The Hawaii native won the US Women’s Open in 2014, the same year she achieved a career-high ranking of world number six. 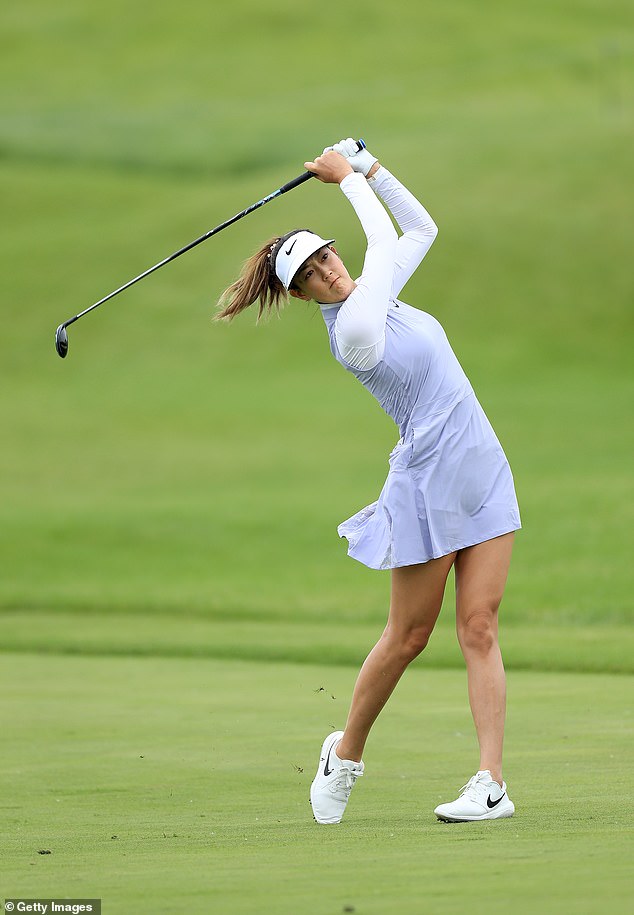 Wie, 31, has five victories on the LPGA Tour. She garnered publicity after turning pro just before her 16th birthday. During her career, she has earned more than $6.8million 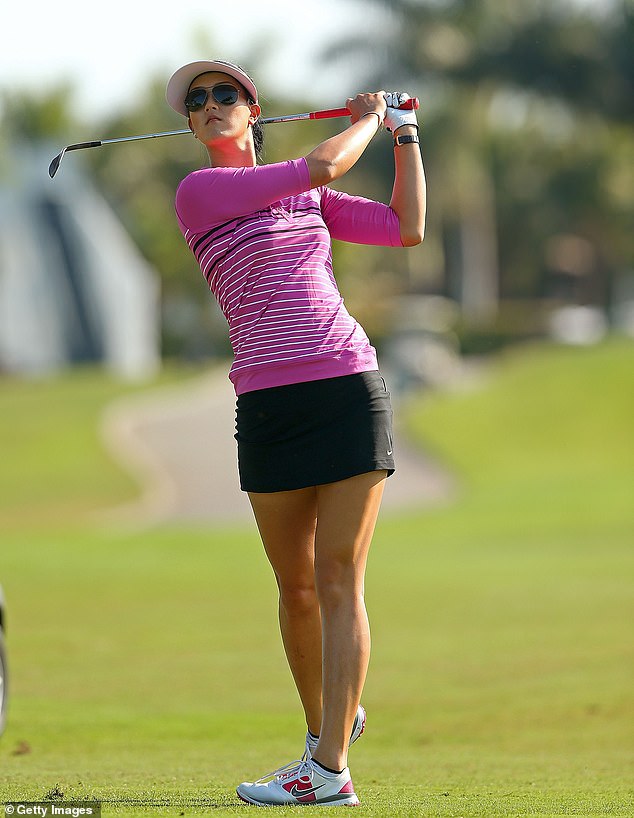 Wie took a swing when playing at the National Golf Club in 2014 in Palm Beach. She won the event, according to its website 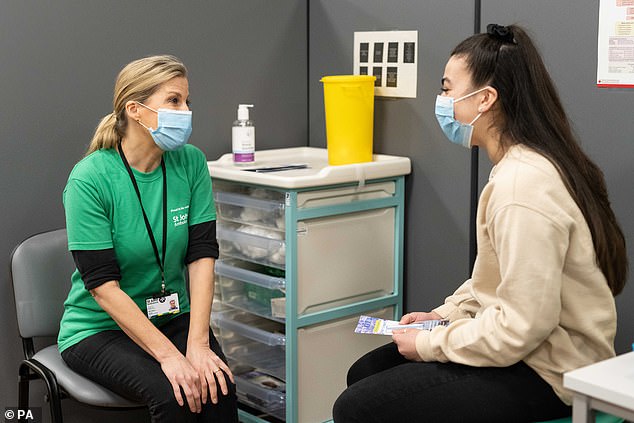 Countess of Wessex volunteers at a Covid-19 vaccination centre 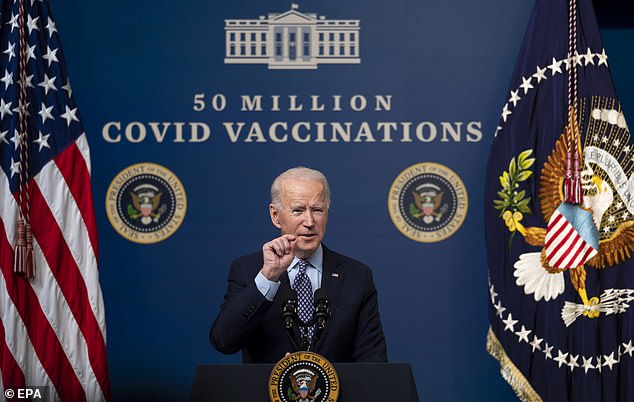 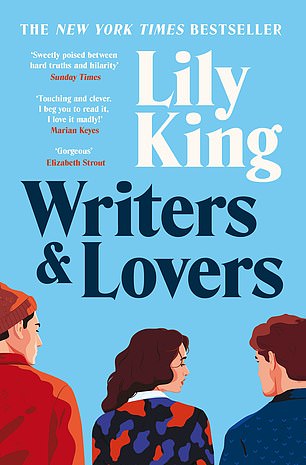 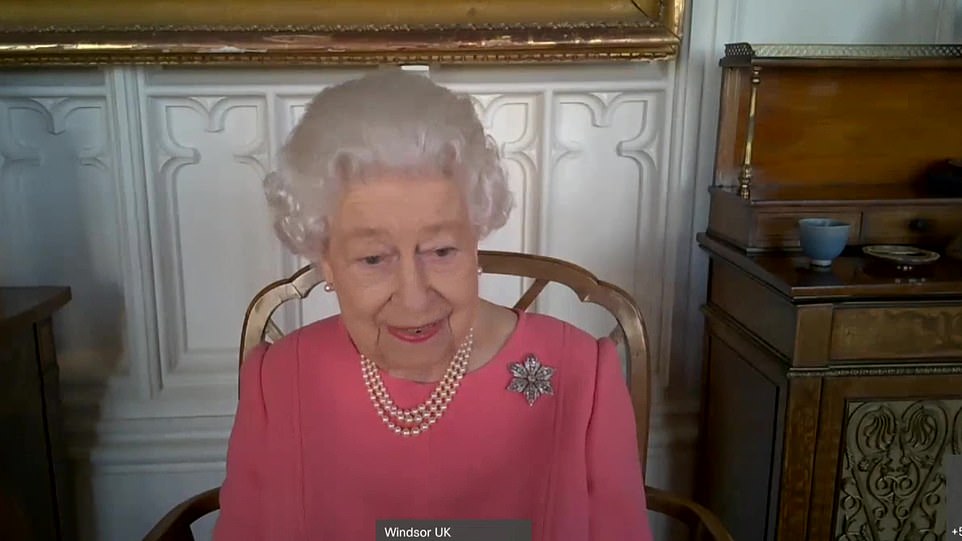 Queen intervenes in vaccine rollout to encourage Britons to get jabbed