The Yemeni army forces and tribes backed by the joint forces and coalition fighters continued their advance on the Al-Jawf, Marib and Al-Dhali fronts, while tribal disputes escalated inside Sana’a with the Houthi militia, while the militias escalated their violations of the UN truce on the western coast.

In the details, the Yemeni army forces and tribes backed by the joint forces and coalition fighters continued their advance on the Al-Jawf, Ma’rib and Al-Dhalea fronts, at the expense of the Houthi militia, and were able to achieve qualitative victories and foiled a number of attacks and Houthi infiltration attempts.

The sources indicated that 25 Houthi leaders were killed during the past two days on the Marib fronts, while 16 others were captured, pointing out that these losses add to the losses incurred by the militias since the beginning of this week among their leaders, including two with the rank of brigadier general, 13 with the rank of colonel, and 12 pioneers. 15 lieutenants, 16 Syndicates, 20 with the rank of First Lieutenant, nine with the rank of Second Lieutenant, 17 with the rank of Assistant, and 33 field leaders who belong to the so-called People’s Committees.

The battles coincided with intense raids launched by the Arab coalition fighters that affected Houthi positions, reinforcements and movements in the districts of Medghal, Surwah, Majzar, Jabal Murad and Mahliya, which led to the destruction of Houthi combat vehicles and the death and injury of many militia members.

On the Hailan front, field sources confirmed that the army and the tribes backed by the joint forces were able to liberate sites described as the ruler after carrying out specific attacks as part of their shift from defense to attack against militias.

The sources stated that the recent military operations thwarted all the militia’s plans and forced them to retreat towards the outskirts of the capital’s countryside, and prompted Houthi leaders to carry out massive mobilization operations in the tribal areas, using all means against the sheikhs and tribal leaders to force them to send more of their children to die in the outskirts of Ma’rib.

In Al-Jawf, the army and tribes forces managed to thwart Houthi attacks during their attempts to regain recently liberated sites in the Dahida fronts, east of Bir Al-Marazeeq, and the Al-Alamein area, and caused them 13 dead and a number of wounded and prisoners.

On the other hand, the Chief of Staff of the Yemeni Army, Lieutenant General Saghir bin Aziz, affirmed that all fighting fronts against militias are near moving to achieve the supreme goal, which is defending the Yemeni and Arab identity.

According to the sources, the tribes demanded that the militias hand them over their sons alive or dead so that they can honor them and bury them, as reports indicate that dozens of bodies have been rotting in the hospitals of the capital, Sana’a, as a result of their accumulation in a random manner with the loss of sources to preserve them in the correct way.

In addition, the militias stormed the house of Sheikh Ali Hizam Abu Nashtan in the Rawda area and liquidated him, along with three of his children and sister, and wounded his wife with a gunshot, prompting the wider tribes to collide, announcing the war and cutting off the airport road, amid escalating tension between the two sides over the background of the operation.

In Al-Dhalea, the joint and southern forces continued their advance on the fronts of Maris and Qataba, and reached the borders of Erb governorate, which is the most important areas taken by the militias in the operations of supplying the fronts of the coast, Taiz and Al Dhale’e with fighters and military equipment.

Field sources stated that the joint and southern forces have completely liberated the areas of Habil Al-Abdi, including the mosque and the school in the Battar sector front, northwest of Qataba, and liberated several areas in the vicinity of Tabat al-Alam, which was liberated in the vicinity of Jabal Nassa in the Marais sector, north of the governorate.

The joint and southern forces had taken control of the Jabal al-Alam and al-Tibbah al-Kabeerah sites in the town of Sun near the al-Irsal site, Jabal (Nasa), and extracted it from the Houthi militias, which suffered heavy losses among their members, including the prominent Houthi leader, Major General Ismail Abu Amran al-Houthi, commander of the northwestern fronts of al-Dhale.

In Lahj, the Houthi militia pushed large reinforcements towards the Karash-Al-Sharijah axis, with the aim of opening a new front in the north of the governorate, which is the first line of defense from the liberated southern areas.

In Hodeidah, the Houthi militia increased the pace of its violations of the UN armistice, and launched widespread attacks on homes and farms in the Tuhayat district, south of the governorate, using heavy, medium and light weapons.

For its part, the joint forces managed to thwart an infiltration attempt by Houthi fighters towards the Al-Jah area in the Beit Al-Faqih District, after monitoring Houthi movements near the contact areas, which were dealt with successfully.

The militias targeted residential neighborhoods in At-Tuhayat and Hais, and attempted to create sites and dig trenches in eastern Taiz, centered on Sanaa Street, the vicinity of the airport, and Kilo 16 area, which were thwarted by the joint, which targeted them with appropriate weapons.

• 25 Houthi leaders were killed in two days on the Ma’rib fronts, and 16 others were captured.

• Militias escalate their violations of the UN armistice in Hodeidah. 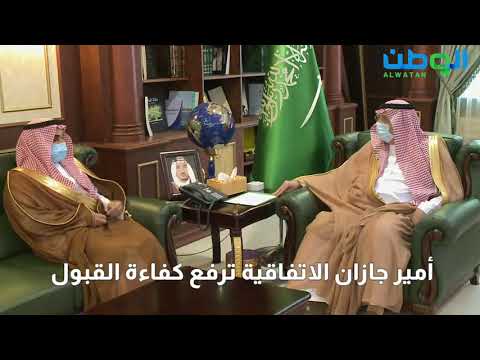