How do you possibly follow the immaculate, spectacular pomp and circumstance of the Queen’s state funeral?

King Charles has wisely decided his own Coronation will be a low-key, low-carbon affair. In contrast to his beloved mother’s glorious, historic send-off, which drew heavily on military and religious tradition, it will reflect the rich diversity and very real concerns of modern Britain.

The King is mindful of the cost-of-living crisis his people are facing this winter, so there will be none of the expensive pageantry we saw in London on Monday. He intends the Coronation to be a far more modest event.

World leaders will be told they are welcome but do not need to attend, in order to cut the number of private aircraft heading for London. Charles is determined to keep the ceremony’s carbon footprint to a minimum. He doesn’t want to turn it into an international jamboree.

A Buckingham Palace source said: ‘The message may well be sent out that, ‘We’ve seen you all quite recently, so don’t feel obliged to go to the trouble of coming all this way again so soon.’

As a mark of respect, all public transport will come to a standstill because of the latest 48-hour strike by ASLEF and the RMT

The same source added: ‘The King is by nature quite a frugal person and I would expect he will want the Coronation to focus more on the spiritual elements than the more showy parts.’

A crack team of courtiers and civil servants is already hard at work in secret on plans for the Big Day. But some early details have been leaked exclusively to this column.

Foreign dignitaries who do wish to attend are invited to assemble on the beach at Calais, where they will be brought to Britain in a fleet of environmentally friendly dinghies, operated by the Albanian mafia. From Dover, they will have to make their own way to London, on foot or bicycle. That should keep the numbers down.

Places at the ceremony itself will be limited. This is because, in a clean break from tradition, Charles has decided that the Coronation will be held not in Westminster Abbey but in London’s Central Mosque, in Regent’s Park, to mark his intention to be Defender of all Faiths and none.

The day will begin with the announcement of a royal amnesty for all illegal immigrants currently living in the UK. There will also be a special Coronation Honours List, including a knighthood finally for Sir David Beckham, in recognition of his services to queueing.

Foreign dignitaries who do wish to attend are invited to assemble on the beach at Calais, where they will be brought to Britain in a fleet of environmentally friendly dinghies, operated by the Albanian mafia

The Coronation will be broadcast live on all television networks, including the Shopping Channel, where coverage will be hosted by recent hirings Phillip Schofield and Holly Willoughby, rebuilding their careers after being hounded out of ITV in disgrace by a Twitter mob following their royal funeral faux pas.

As a mark of respect, all public transport will come to a standstill because of the latest 48-hour strike by ASLEF and the RMT.

To prevent well-wishers driving to the ceremony, London’s congestion charge will be raised for the day to £5,000, non-payment punishable by up to five years in prison. The only exemption will be for the Mayor of London, Genghis Khan, who will travel to the ceremony in his £300,000, chauffeur-driven, armour-plated Range Rover, strictly for security reasons, you understand.

Prime Minister Liz Truss, should she survive until next summer, will have to pedal to the mosque on a Boris Bike, along with her Cabinet, MPs, members of the House of Lords and other dignitaries, including minor royals.

In keeping with his commitment to Net Zero, Charles will shun the official state Rolls-Royce and has opted for a more sustainable method of transport.

The King and Queen Consort will travel from Buckingham Place to Regent’s Park in the recently commissioned Royal Pink Yacht, pulled by members of Extinction Rebellion and accompanied by Scotland Yard’s ceremonial Skateboard Squad.

They will pause in Oxford Circus to pick up Dame Emma Thompson and hold a minute’s silence for all those dying because of the climate genocide. Crowds are expected to have to queue for anything up to 15 minutes in Regent’s Park to see the royal couple. Security will be provided by the paramilitary wing of Black Lives Matter.

On arrival at the Central Mosque, the King will be greeted in traditional fashion by a Sky News reporter screeching: ‘When are you going to abdicate, sir?’

Prayers will be led by the Ayatollah of Canterbury. Greta Thunberg, newly appointed United Nations Rapporteur on Climate Annihilation, will read the lesson: It’s The End Of The World As We Know It, from the book of R.E.M.

The formal Coronation ceremony will be performed by the King’s influential spiritual adviser, Lord Swampy of Bypass, who will place a crown of thorns on His Majesty’s head, to signify the suffering caused by global warming.

There will be no traditional fanfare. Instead the service will feature some of the King’s favourite music, including an historic recording of The Ying Tong Song, performed by the late Welsh baritone Sir Neddie Seagoon.

On the conclusion of the brief ceremony, the congregation will leave the mosque in reverse order to the refrain of I’m Walking Backwards For Christmas, composed by Sir Spike Milligan.

King Charles has wisely decided his own Coronation will be a low-key, low-carbon affair

The King and Queen Consort will board the Royal Pink Yacht and journey by road to the official reception at the Pizza Express in Woking, taking in the world-famous Park Lane cycle-lane, where they will be roundly booed by hundreds of black cab drivers stuck in all-day traffic jams.

Members of the royal household will follow on carbon-neutral electric scooters. Crowds expected to number in dozens will line the A3 to throw flowers and paper darts made out of their recent energy bills.

After the reception, Charles intends to embark on a tour of his kingdom, including previously neglected areas such as Leicester, where he will make a speech in all 70 of the languages spoken in that historic city.

He will be treated to a re-enactment of the Battle of Bosworth Field — sorry, Kashmir — by masked members of the local Muslim and Hindu militias.

In Brighton, he will pay his respects to the town’s extensive LGBTQWERTY+ community, before watching a recreation of the famous battle on the beach, from the seminal British movie Quadrophenia.

The parts of mods and rockers will be taken by militant trans activists and TERFS, what we used to call women. Before departing, Charles will drive a symbolic electric scooter off Beachy Head.

As Coronation Day comes to an end, the Queen Consort will return to London’s Hyde Park for a spectacular display of pyrotechnics.

Using the glowing embers of her cigarette, she will light effigies of Lady Di and Prince Andrew, who are reported to have lobbied the Queen in a desperate attempt to stop Charles acceding to the throne.

God save the King! 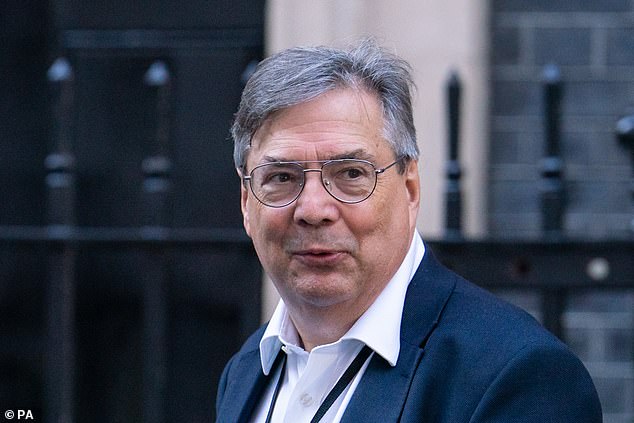 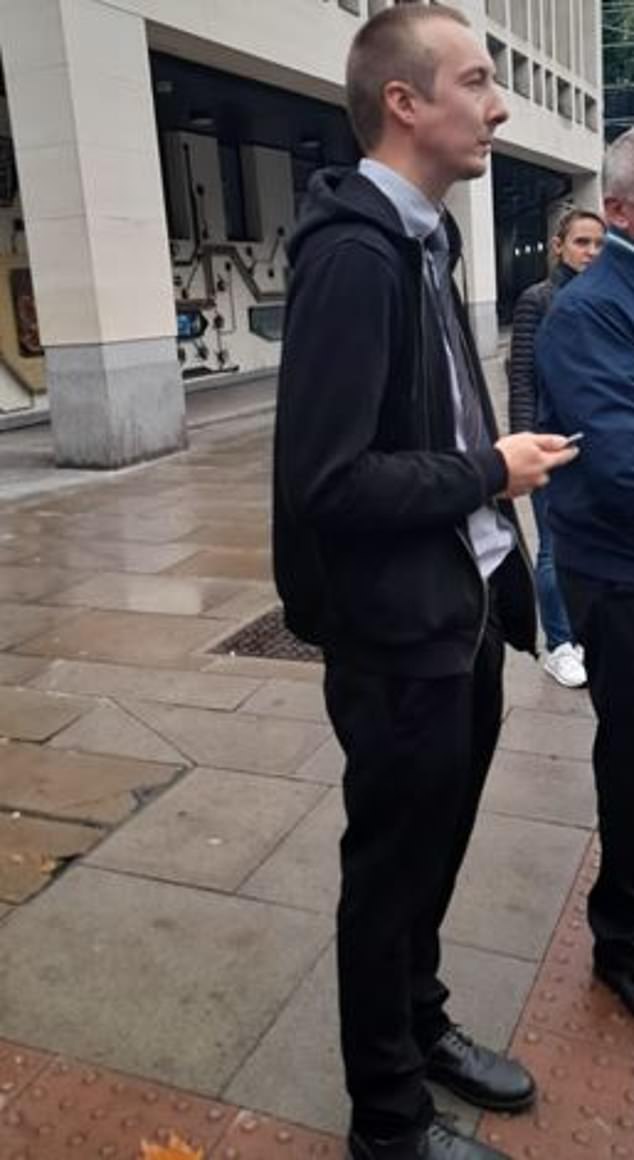 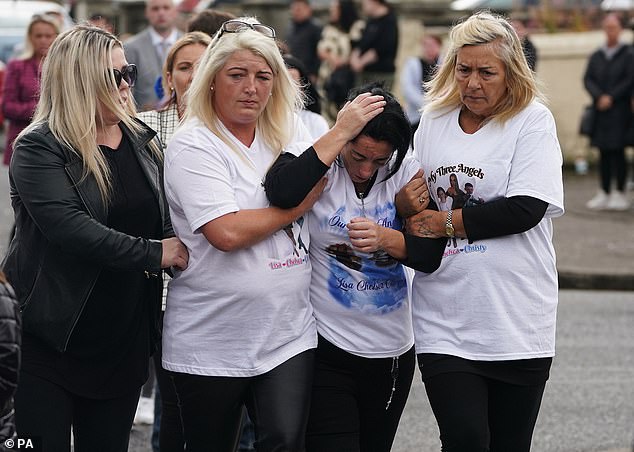 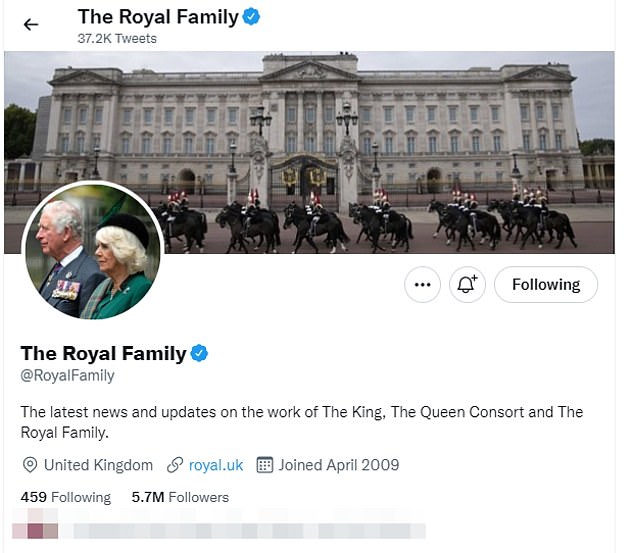