Adayar has been taking a well-earned rest after his exploits in winning the Derby 13 days ago and One Ruler, the first horse from the Classic to put the form to the test, was some way down the field in the Hampton Court here yesterday. But Adayar still looms large over this race, as he was beaten by Alenquer, the favourite, on his seasonal debut in the Sandown Classic Trial. Alenquer is stepping up to 12 furlongs for the first time today, but the German bloodlines in his pedigree suggest that it will hold no fears, even if significant rain arrives, and his overall form is some way in front of anything that most of his seven rivals can muster.

Most are open to improvement, though, and The Mediterranean and Title, the next two runners in the betting, have progressed by the run, while Yibir was also in the Sandown Classic Trial, getting to within a length of the winner and a neck of Adayar in what was something of a blanket finish.

And they’re off … Flotus not fast away and Oscula races on her own on the stands side … Flotus now makes ground …Sandrine and Hello You fight it out … and Sandrine gallops clear to win.

A fascinating juvenile contest to open the proceedings on day four, with eight unbeaten fillies among the 15-strong field and no fewer than 13 arriving on the back of a win last time out. On that basis, it feels a little unimaginative to be siding with the likely favourite in Flotus, but she created such an impression when making a winning debut at Goodwood last month that most of her rivals will need to find a pound or three to beat her even if she runs up to that form, and Simon and Ed Crisford’s filly has as much, if not more, potential for improvement herself as any of her rivals.

Hello You, who made a similarly impressive start to her racing career but did so on the all-weather at Wolverhampton, is certainly within touching distance, while all three of George Boughey’s runners – Oscula, Hellomydarlin and Cachet – must be respected after his exceptional run, with juveniles in particular, in the opening months of the season. The time of Cachet’s debut win at Newmarket last month suggests she might be the pick of them and one for the each-way backers at around 10-1.

Bit of tinkering, but we’ll be off with the action at 2.30pm

Royal Ascot gets go-ahead after inspection

Racing at Royal Ascot this afternoon has been given the go-ahead after an extended inspection of the track by officials, trainers and jockeys.

The card was long odds-on to be abandoned on Betfair’s “Will Racing Go Ahead?” market as the inspection began at 12.45. Alternative plans to move some races to the straight course, or run a 10-race card on Saturday, were also being discussed.

In the end, however, it was decided that by moving rails at several points around the track to protect runners from patches of false ground, it would be possible to stage the entire seven-race card today.

Showers, some heavy, are forecast for the remainder of the afternoon, and the official going at Royal Ascot is now soft, heavy in places. Two Group One contests, the Commonwealth Cup and the Coronation Stakes, are the feature events on the card at 3.40 and 4.20, while the first race, the Albany Stakes, is due off at 2.30.

Racing has not been abandoned due to waterlogging at Royal Ascot since 1964, when the final days of what was then a four-day meeting were lost to the weather.

The tide seems to be turning for racing to go ahead.

It is still lashing down here at Ascot, with half an hour to go before the inspection which will decide whether racing can go ahead on day four of the Royal meeting. Meanwhile, in a lively market on Betfair, with just over £60,000 matched thus far, the odds on racing being abandoned are down to 2-5, while a thumbs-up from the officials is 7-4 against and drifting.

There are seemingly a few options open to the track, with the first and most likely seeming to be that racing will be abandoned for today.

An alternative would be to run a five-race card on the straight mile, which was completely relaid when the grandstand was rebuilt 15 years ago and drains rather better than the round course. That could accommodate all but the King Edward VII Stakes and the Duke Of Edinburgh Stakes, both of which are run over a mile-and-a-half.

And if there is no way to race today, it might be possible to run a 10-race card on Saturday, which would include the Commonwealth Cup, Coronation Stakes and King Edward VII Stakes from today’s card. With rain forecast to continue at least sporadically until the early hours of the morning, however, there is an obvious possibility that the track will remain unraceable on Saturday.


Never mind a hat … get a poncho! Photograph: Andrew Matthews/PA

There are three options currently open at the moment.

3) Racing is abandoned today and there will be a 10-race card tomorrow including the Coronation Stakes, Commonwealth Cup and King Edward VII Stakes. If option three is activated, all ten races will be shown on ITV.

If option two is activated, the nine-race card will be shown on ITV and the exact order of running would follow.


A view of standing water on the ground during day four of Royal Ascot. Photograph: David Davies/PA

Official at Ascot will inspect the course at 12.45 to decide whether the fourth day of the Royal meeting can proceed as planned, after “torrential” rain from Thursday evening changed the going from good-to-firm to soft by 7am this morning.

“Following 26mm of rain since racing yesterday and with a few false patches of ground which means the ability to race may be marginal,” the course said in a statement on Twitter, “an inspection has been called for 12.45. We are also looking at options to re-align the rail to avoid these areas.”

An uncertain weather forecast for the next few hours is also causing concern, with showers, some of which could be heavy, possible throughout the afternoon.

The change in the ground has already had an impact on the fields for Friday’s two Group One contests, with Clive Cox deciding to scratch Supremacy and Diligent Harry from the Commonwealth Cup (3.40) while Primo Bacio is a non-runner in the Coronation Stakes at 4.20.

Hugh Taylor of At The Races is a shrewd punter and his analysis of this situation is … it’s too close to call and will be down to the weather gods.

It’s a fluid situation … inspection now set for 12.45pm … and the betting is now 1/2 that the meeting will be off … Ascot clerk of course Chris Stickels has also said: “We are going to realign [the areas of track I am not comfortable with] and by moving the rail I would be pretty hopeful, assuming we don’t get much rain. However, we are forecast further showers, some heavy and thundery, which doesn’t help us.”

Officials are reported to be discussing contingency plans now in case they have to abandon today’s meeting.


A members of staff shields under an umbrellas during day four of Royal Ascot. Photograph: Andrew Matthews/PA

Update: there will be an inspection at 12.30pm today to see if today’s meeting can go ahead at Royal Ascot. More details to follow …

Ascot could hold an inspection of the course before the start of racing on Friday, the fourth day of the Royal meeting, after more than 20mm of rain from Thursday evening changed the going to soft, with more rain forecast to fall throughout the day.

The ground was good-to-firm for the first two days of the meeting, while Chris Stickels, the clerk of the course, applied around 4mm of water to the entire track on Tuesday evening to maintain it at that description. After 2.4mm of rain on Wednesday evening, the turf was still good-to-firm for the Gold Cup card, but the drenching since the last race on Thursday has seen a rapid deterioration.

“We’re just about to go and walk it now with the stewards, which is a standard course of action anyway at this time of day,” Stickels told ITV Racing just before 10am. “But obviously we’ll just monitor the conditions. As we speak, I understand that water is starting to puddle out there in the odd place … so we just need to go and have a look at that. It’s been torrential, really.

“I had another quick look at 7.30am and by then we’d had 20mm since yesterday. I haven’t been to the rain gauge since but it’s been pretty steady since then and conditions will continue to deteriorate. I should think it’s quite likely now [that there will be an inspection]. Unless it stops and improves by the time we get out there and look at it, I think we probably will need to have an inspection.” 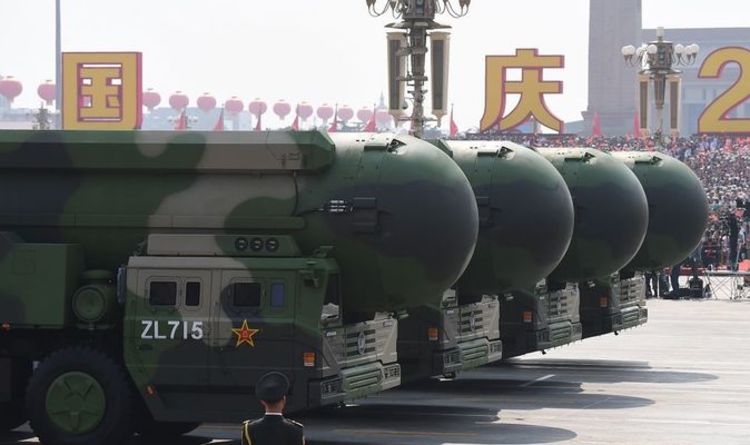