The Israeli discourse these days in revolving around two main issues regarding the saga of the civilian who crossed into Syria and was returned during the weekend.

The first question that is that the public is asking is why did the government invested its efforts to return a civilian that crossed into Syria within two weeks while civilians and the bodies of soldiers  — who were sent by the country in a war — are held for years in the Gaza Strip, and it doesn’t see, that their return will happen soon.

The other question is the price — in return to that civilian, Israel returned to Syria two shepherds that were arrested by the IDF in recent week, who according to the army crossed into Israel. According to reports, there was another article in the deal — Israel would fund hundreds of thousands of Russian COVID-19 vaccines that would serve the Assad regime in Syria.

It seems that this article sparked outrage and denial on both sides; Israelis are furious that their taxes are funding vaccines for the enemy. Even Prime Minister Benjamin Netanyahu, when asked about this article on Saturday night, used careful language and said that “not even one Israeli vaccine was given to that thing.”

According to reports, the Assad regime in Syria denied that such an article was part of the deal.

And maybe this is exactly what the Russians want — to show how they, as an influential power in the region, can make Israel and Syria close a deal.

Former ambassador to Russia and senior researcher at the Institute for National Security Studies (INSS) today, Zvi Magen said that it’s not about the money, but about influence.

“People like Punit and Assad, who have billions [of dollars] dollars going around them do not need that million and a half,” Magen said. “We should look for another motive.

“That motive is probably international and diplomatic,” he said. “Putin wants to appear like a person who mediates, coordinates, manages, and dictates Israel and Assad what should be the right arrangement.”

Some suggested that in order to strengthen the effect of this imposed mediation, the Russians even tried to degrade both sides, and make them appear as if they are doing something that they would never do otherwise.

Israeli commentators linked this matter to a report in September 2019, when Netanyahu flew to Russia to meet Putin and was forced to wait hours until the Russian president became available to see him.

“[The Russians] wants to show how is the boss — who manages those affairs in the region,” Magen said.

This deal comes amid an ongoing battle over the influence in the region. While the Israeli interest is to maintain its ability — through understandings with the Russians — to combat the Iranian entrenchment in Syria, the Russians want to make sure that the Israelis understand that it is ables thanks to their grace.

“Israel has a delicate matter with the Russians in Syria,” Magen said. “It has the Iranian war there and the role of the Russians [in the Israeli eyes] is to cooperate with them. This is the case most of the time, but from time to time there are Russian voices saying ‘why are we allowing the Israelis to do whatever they want? We should respond to their attacks and take down their jets.’

“There are critical voices against Israel in Russia, and there is an Israeli interest to satisfy the Russians and to meet their demands,” he said, adding that since the Russian invasion into Syria, Israel refrained from interfering with Syrian matters, and focused only on battling the Iranians there.

Finally, there is the battle against the US. Magen holds that the deal was also a signal to the Americans that Russia is still here, and it has an influence on their closest ally in the region.

“Putin does feel comfortable with Biden. He goes back to the policies of his pre-predecessor, which was marginalizing the Russian influence in Syria and putting pressure on it,” Magen said.

“These days Putin is hosting the Astana Forum in Sochi — it is a summit for the Turks, Iranians Russians, and they are working on an agreed-upon outline in Syria… It is not a coincidence that Biden recently mentioned the Golan Heights,” Magen said, referring to a statement made recently by the US Secretary of State Antony Blinken, who cast doubt on the legality of the Trump administration’s decision to recognize Israeli sovereignty over the Golan.

In light of Putin’s efforts to become more dominant in the region, “Biden tries to be nice with the Syrians. It’s not that he will give them the Golan Heights, but he wanted to show them that he is also a player here on this field called Russia,” Magen said.

“So no Putin now had a chance to show he is still relevant. He showed that he can bring Israel — with its hands and legs tied up — and put it on Assad’s feet,” he said. 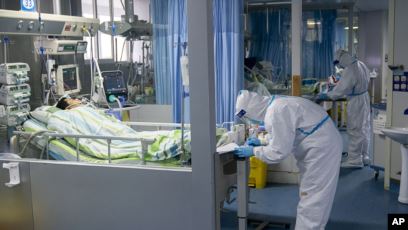