Al-Mubarak said the new instant payment utility would empower the national infrastructure for digital payments, tracking the growth of the Kingdom’s payment sector over a period of more than 30 years.

The launch of the Sarie system launch is part of a series of SAMA-led initiatives to promote the national payments’ ecosystem and to enhance its infrastructure, aiming to achieve financial inclusion, said Al-Mubarak.

SAMA’s governor added that national payment systems are fundamental in strengthening the Kingdom’s pioneering position in the financial sector. They offer secure and innovative payments, meet the needs of various segments of the economy and increase the effectiveness of the liquidity circulation in the financial system by reducing the operational costs of cash handling, facilitating sending and receiving payments and driving the digital transformation in the Kingdom by increasing the volume of digital financial transactions.

The launch came after several months of meticulous work with all their partners, Saudi Payments Managing Director Fahd Al-Akeel said in a statement, adding that despite COVID-19 pandemic challenges, the speed of the instant payment system’s deployment across all local banks was the fastest of its kind in the world.

Sarie services will allow the banking sector’s clients to send and receive low-value local transactions around the clock, for a low fee not exceeding one Saudi riyal ($0.27), according to Al-Akeel.

Additionally, the system provides beneficiaries with other services and transfer options, including using the mobile number as an identifier instead of the international bank account number (IBAN) for transactions between banks, and the ability to verify the validity of the recipient’s bank account before completing the transaction.

Any financial transaction of less than SR 20,000 will be instantly credited to the recipient account by the Sarie system, Al-Akeel said.

The system also offers a quick transfer service that, upon activation by the account holder, allows the banking sector’s clients to send payments of amounts less than SR 2,500 without adding and activating the beneficiary.

Saudi Payments’ managing director declared that the system serves as an essential milestone in the process of developing payment systems in the Kingdom.

Al-Akeel said that the new IPS will enable banks and fintech companies, in particular, to develop innovative financial services that align with the requirements of the digital economy goal adopted by the Kingdom as part of its nationwide digital transformation strategy. 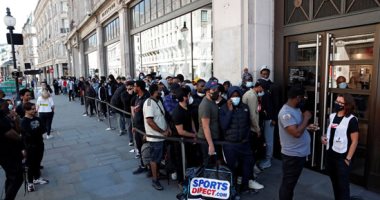