Chinese media reported that a delegation of US lawmakers visited the island of Taiwan, which China considers part of its territory, and this is the second delegation of its kind in the past month.

The South China Morning Post reported that a delegation of five Democratic and Republican lawmakers headed by Democratic Representative Mark Takano arrived in Taiwan on Thursday.

On Friday, they are scheduled to receive Taiwan President Tsai Ing-wen, and they will also hold a number of meetings with the island’s defense officials. 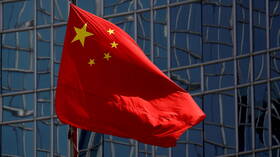 The American Center in Taiwan confirmed the arrival of the Congressional delegation with this visit, which was not announced in advance, noting that the delegation will discuss bilateral relations between Washington and the island’s authorities, regional security issues and others.

Earlier this month, the Chinese authorities expressed their protest against the visit of a US congressional delegation to the island of Taiwan, which is governed by a government independent of Beijing.

The United States confirmed its intention to “protect Taiwan” in the event that China tried to control the island by force, against the background of the recent movements of Chinese forces near Taiwan. A Visit to the Elizabeth Bishop House