The Belarusian KGB announced the death of its officer during a special operation. It is alleged that the security officer was fatally wounded when the group arrived at a residential building to detain a particularly dangerous criminal, and he opened fire with a gun. Died, according to available information, a KGB officer named Dmitry with the call sign “Nirvana”. The owner of the gun, liquidated by return fire, is allegedly a citizen of Belarus and the United States, Andrei Zeltser, who works for an American IT company, which Minsk previously described as associated with organizing protest rallies.

Simultaneously with the announcement of the death of a KGB officer, Belarusian TV channels circulated an edited video of the alleged storming of that very apartment. However, this video raised a lot of questions and doubts about the authenticity of the materials.

Zerkalo.io drew attention to a number of inconsistencies. The first – the video includes a recording from a certain camera, which was in the apartment of Zeltser and his girlfriend and was working at a time when the security forces were breaking down the door from the entrance. At some point, Zeltser even looks back at the camera. Zerkalo.io believes that turning on the recording on a mobile phone is a common solution for a person trying to witness some actions against himself. But installing a stationary camera in advance is not entirely clear.

Also in the video from the apartment you can see a girl who is just filming a video on her phone. Once, when editing the video of the storming of the apartment, which was shown by state channels, they used recording from different cameras, why did not the shooting of this girl get into the video? Zerkalo.io believes that someone might need to show shooting from exactly one angle.

Another question was caused by the situation in the apartment, more precisely – the curtains on the window. So, initially they are closed, but when the security forces burst into the room, the curtains are already drawn back. What the inhabitants of the apartment were going to do with the window, why they approached it at that moment, it is not clear, the site indicates.

It also seemed strange to the publication that during the assault, the girl kept absolute calm and silence. Her only phrase that got on the video is a response to Zeltser’s remark. “It would be a good door. – It was.” At the same time, the girl continues to be silent, even when the shootout begins and her friend is injured. However, we note that at the very end of the video, you can still hear some screams similar to women. The sound is difficult to distinguish due to the “beeping” of obscene language

The equipment of the security forces caused questions. In its message, the KGB indicated that special measures were being taken “to work out addresses in which persons involved in terrorist activities could be located.” However, when leaving to meet with suspected terrorists, security officials don’t wear helmets or bulletproof vests.

Finally, at the 58th second, the sounds of shots are heard and an enforcer in a white jacket is seen pointing his weapon towards the room in which the shooter was.

Then he runs into the corridor leading to the shooter’s room, and a colleague in black is seen in front of him, holding his stomach. The question arises: why did the security officer in white shoot in the direction of his colleague, adds Zerkalo.io.

On October 17, it became known about another 172 people infected with coronavirus in the Tula region 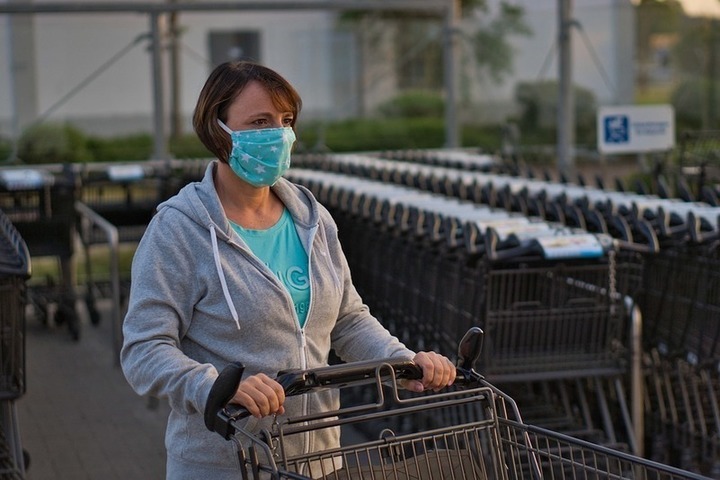 Germany: Supermarkets allowed not to serve the unvaccinated