Merrick Garland yesterday told senators considering his confirmation as attorney general the Justice Department will police the police, not defund them, if he gets the job. But he did echo one proposal from the racial justice movement: A shift to having mental health professionals, instead of armed officers, respond to some standoffs.

Sen. Josh Hawley of Missouri, one of the Senate Judiciary Committee’s Republicans, asked Garland whether he would support the “defund” calls if he becomes the nation’s top law-enforcement officer.

“President Biden has said he does not support defunding the police and neither do I,” Garland answered. “We saw how difficult the lives of police officers were in the body-cam videos we saw when they were defending the Capitol.”

It was unclear whether Garland’s reference to the Jan. 6 Capitol insurrection was a jab at Hawley, subject of a viral photograph from that day in which he gave an encouraging fist-pump to protestors outside Congress hours before he voted to overthrow Biden’s election, as the rioters themselves sought to do. The senator gave no sign that he saw it as such.

There’s no single agreed-upon definition of “defund the police,” a movement that gained velocity last year after a Minneapolis police officer pinned George Floyd’s neck under his knee, killing him.

Some progressive Democrats at the federal, state, and local level argue that cutting law enforcement funds must be central to the response to systemic racism that results in disproportionate deaths of Black Americans at the hands of police. But Biden has charted a more middle-of-the-road path ever since the Democratic presidential primary and his Cabinet picks mostly reflect his outlook.

Biden has argued for shifting some of the money spent on police to other agencies. One goal would be for a mental health-care worker, not an armed officer, to go speak to a troubled citizen, potentially reducing the likelihood that the encounter would end in a deadly shooting.

That seemed to be what Garland, who is all but certain to be confirmed by a bipartisan Senate majority, supports.

The issue could come up again today in his second of two days of confirmation hearings.

“I do believe — and President Biden believes in — in giving resources to police departments to help them reform and gain the trust of their communities,” he told the committee. “We do need to put resources into alternative ways of confronting some actors, particularly those who are mentally ill and those who are suicidal, so that police officers don’t have to do a job that they’re not trained for and that, from what I understand, they do not want to do.”

To defund or not to defund has become fraught in Democratic politics.

Former president Barack Obama faced a heated backlash in December 2020 when he faulted it as a political message.

“You lost a big audience the minute you say it, which makes it a lot less likely that you’re actually going to get the changes you want done,” Obama told Snapchat political journalist Peter Hamby. “Do you want to actually get something done, or do you want to feel good among the people you already agree with?”

Garland indicated he was inclined to police the police — notably through “consent decrees,” court-approved agreements between local law enforcement and the Justice Department. The Trump administration, which frequently celebrated its close ties to police, essentially abandoned the practice.

The Justice Department, Garland said, has “the authority and the responsibility to investigate patterns or practices of law enforcement entities’ conduct that violate the Constitution and laws of the United States.”

And “the statute further provides that if the department finds this pattern or practice of unconstitutional conduct, that it can seek equitable remedies from the court” Garland continued. “And one of the kinds of equitable remedies, which has proven effective in the past, are consent decrees. So where they are necessary to assure accountability, it’s very important that we use that tool.”

On another front, Garland committed to helping the congressional investigation into former president Donald Trump’s “zero tolerance” immigration policy, under which large numbers of parents were separated from young children.

“I think that the policy was shameful,” he said.

“I can’t imagine anything worse than tearing parents from their children. And we will provide all the cooperation that we possibly can.”

“We begin with the people on the ground and we work our way up to those who are involved and further involved,” Garland said, adding later, “We also have to have a focus on what is happening all over the country and on where this could spread, and where this came from.”

Notably, though, Garland seemed skeptical of bipartisan calls for legislation granting the Justice Department more power to hunt down domestic extremists. He pointed back to his successful supervision of the prosecution against Oklahoma City bomber Timothy McVeigh, author of the worst domestic terrorist attack in modern times.

“The first thing we have to do before we look for new tools is figure out whether the tools we have are sufficient,” he said. “I want to have to determine whether the law, which are quite capable and which were capable of the charges against McVeigh and (accused co-conspirator Terry Nichols) and many other terrorist over the years.”

“And then I’d be interested in speaking with you and other members of the committee about what other additions might be made,” Garland said. “But I’ve first got to know whether anything more is necessary.”

BREAKING: The Biden administration is preparing to sanction Russia for the SolarWinds hack and the poisoning of opposition leader Alexei Navalny. The administration is casting the SolarWinds operation, which hacked government agencies and private companies, as “indiscriminate” and potentially “disruptive,” Ellen Nakashima reports. This would allow officials to claim  the Russian hacking was not equivalent to the kind of espionage the U.S. also conducts, and to sanction those responsible for the operation. The punishment for the hacks is intended to be part of broader measures aimed at holding Moscow accountable for other actions, such as its use of a banned chemical weapon against Navalny.

It’s a big day on Capitol Hill again, where lawmakers will begin to try and officially sort out what happened during the Jan. 6 Capitol riot. The riot was a pivotal moment in American political history, with a pro-Trump mob storming the Capitol to try to prevent the lawful election of Biden through the certification of electors. It also sparked a second impeachment trial of Trump (he was, of course, acquitted), and a stunning walk-back by many Republican elected officials who won’t pan Trump’s assertion the election was stolen and that Biden won legitimately.

The hearing will provide the first formal accounting from some of the people in charge of the security response to the violence — a whopping 48 days later.

The Post’s Mike DeBonis and Karoun Demirjian explain how the hearing “could also become a battleground for competing narratives over what prompted the riot and who was responsible for it.”

And Sen. Ron Johnson (R-Wis.), who has played down the severity of the riot and said he was “literally never afraid” that day, read lengthy excerpts from a piece in the right-wing publication The Federalist. The article claims unidentified “provocateurs” triggered a Capitol Police reaction that inflamed what had been a peaceful crowd. That runs counter to accounts from other witnesses, law-enforcement and some of the rioters themselves, who have said in court filings that Trump’s rhetoric inflamed them.

We still don’t know where Neera Tanden’s nomination as Biden’s head of the Office of Management and Budget is headed.

The White House is still publicly standing behind her, and all eyes are on the one Republican —Sen. Lisa Murkowski (R-Alaska) — some believe could break from her party and support Tanden. But it’s never a good sign when a new name is floated for the job in which you were nominated; and “senior Democratic and GOP aides privately said they expect the administration to withdraw her nomination, considering the lack of support in the Senate,” my colleagues Seung Min Kim, Annie Linskey and Jeff Stein report.

Quote of the day

“I feel like there’s a little bit of sexism going on here,” conservative political analyst Bill Kristol said. “It just seems like these tweets sound harsher to these old guys because they’re coming from a woman.”

Xavier Becerra, the first Latino nominated to lead the Health and Human Services department, also testified before the Senate this morning.

The Senate parliamentarian is expected to issue a decision soon on whether Democrats can add a minimum wage hike to their $1.9 trillion relief package.

Dozens of migrant teens were bused to the first migrant child facility opened under the Biden administration.

Biden got high marks for his covid-19 response.

Hot on the left

CNN anchor Chris Cuomo confronted American Conservative Union Chairman Matt Schlapp over his false claims of election fraud and his decision to invite Trump to speak at CPAC this weekend. When asked why CPAC would “tacitly endorse [Trump’s] election farce” by giving him a platform, Schlapp falsely claimed some jurisdictions did not follow election laws. “You had me on the show and you’re telling me that saying there was widespread illegal voting is false,” Schlapp said. “And I’m trying to explain to you that, for instance, what they did in the state of Georgia when they had an illegal consent decree to not verify the signatures of mail-in ballots. … That means you have no security on the ballot that was mailed out without unsolicited vast mail-in ballots.” To which Cuomo replied, “It’s a boogeyman argument. There is no proof of rampant fraud. Nobody is saying the process is perfect. You lost.”

Hot on the right

This year’s CPAC theme is “America Uncanceled,” but the conference just canceled a speaker. While conservatives aim to take a stand against “cancel culture” in this weekend’s gathering, CPAC uninvited a speaker over their “expressed reprehensible views.” While the conference didn’t name an individual in its tweet announcing the cancelation, earlier in the day the progressive watchdog group Media Matters for America reported that Young Pharaoh, a speaker was listed in the conference schedule, had a history of antisemitic claims.

This week in Washington

And now you can watch NASA’s Perseverance rover land on Mars – in HD: 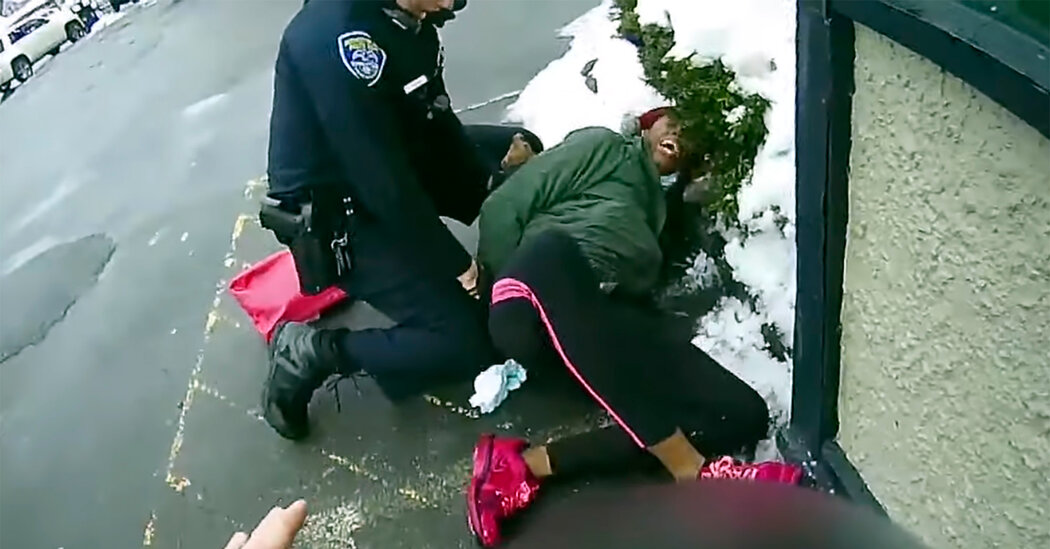 Furor in Rochester After Police Pepper-Spray Mother With Toddler 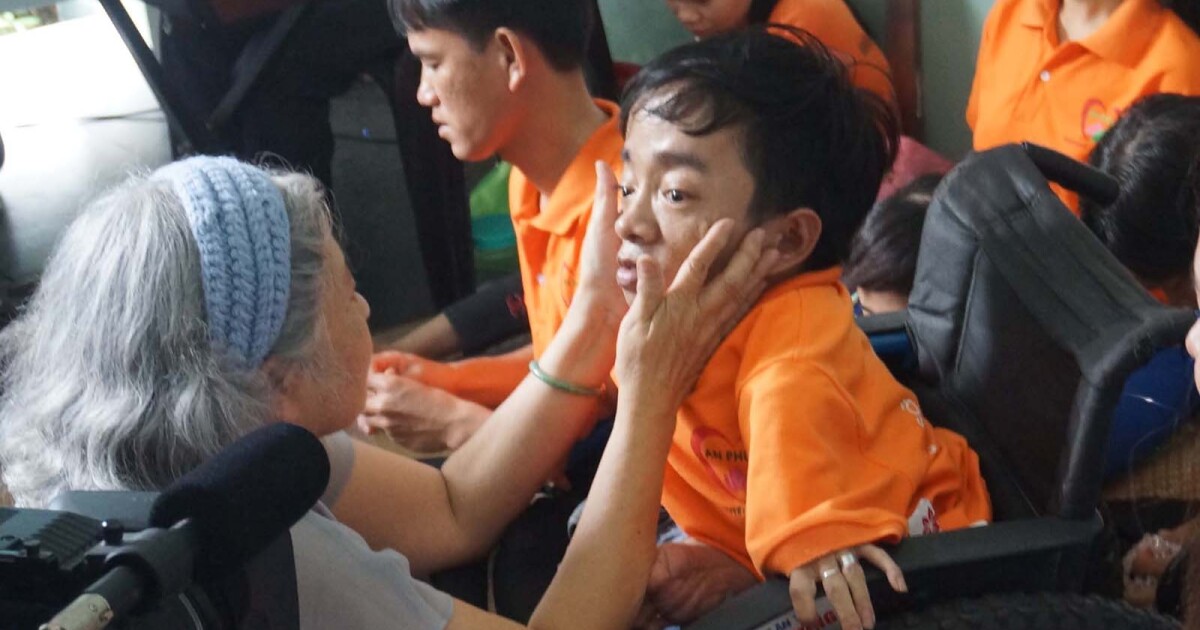 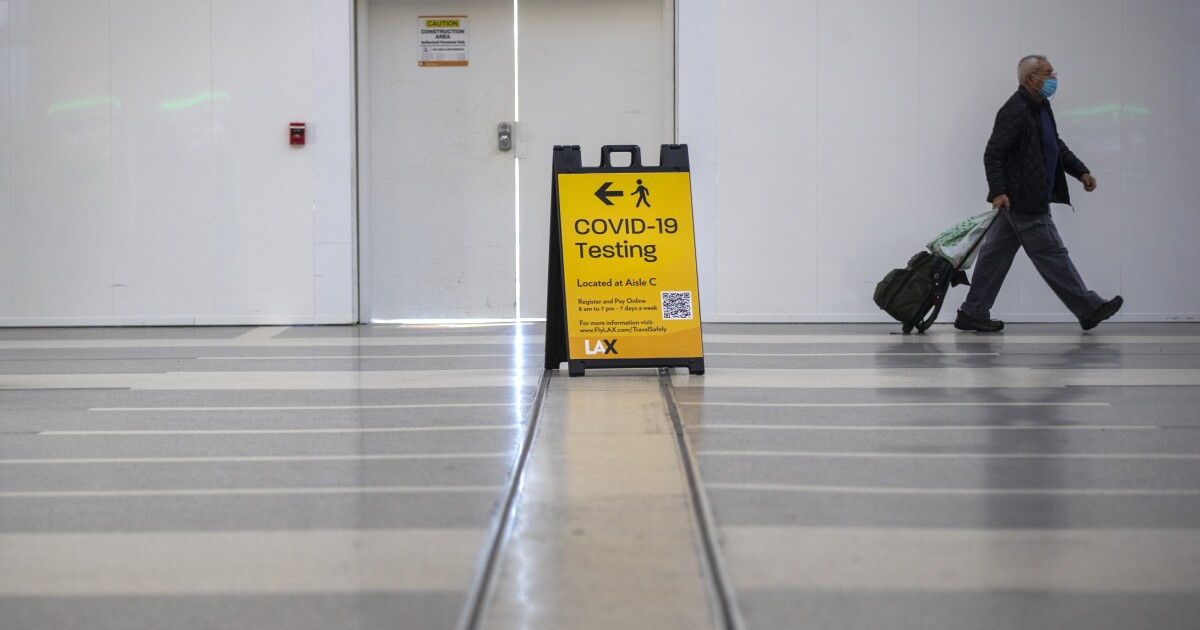