Heritage Action, Judicial Crisis Network and Americans for Public Trust are spending hundreds of thousands on ads against Becerra. Sen. Tom Cotton (R-Ark.) is running digital advertisements in Georgia and New Hampshire, pressuring lawmakers there to vote against confirming Becerra.

But Republicans can’t derail Becerra on their own.

They only hold 50 Senate seats, so they’d need one Democrat to defect. The most likely is Sen. Joe Manchin III (W.Va.), who announced last week he won’t support Neera Tanden to head the Office of Management and Budget. A spokeswoman for Manchin said yesterday that the senator is “undecided” on whether he’ll vote to confirm Becerra.

Becerra plans to stress his work on health care in Congress and as attorney general.

According to Becerra’s testimony, shared in advance with The Health 202, he will stress to lawmakers his work on health policy during the 24 years he served in the House of Representatives, including expanding the Children’s Health Insurance Program, helping craft the Affordable Care Act and working to reform the Medicare program.

Becerra will also reference his actions as California attorney general to create a health-care rights and access unit, crack down on Medicare and Medicaid fraud and go after hospital consolidation.

“No one understands your states and communities better than you,” the testimony says. “We may not always agree, but if I’m fortunate enough to be confirmed, I will always listen to you and keep an open mind … find common cause … and work with you to improve the health and dignity of the American people.”

Republicans will argue Becerra isn’t qualified for the job.

“Mr. Becerra is the least-qualified nominee to serve as secretary in the history of HHS,” a GOP Senate HELP committee aide told me yesterday.

This argument has two prongs: that Becerra isn’t a medical professional and that he doesn’t have experience managing an agency as massive as HHS.

Yet most health secretaries haven’t possessed medical degrees — just three out of the 10 Senate-confirmed HHS secretaries had them in the last four decades. They include Tom Price (President Donald Trump), who was a doctor before joining Congress, and Louis Wade Sullivan (President George H.W. Bush) and Otis Bowen (President Ronald Reagan’s second term).

And while four had been state governors, not all had managed massive agencies. President Bill Clinton’s health secretary, Donna Shalala, was a university president. Sylvia Mathews Burwell, under President Barack Obama, had worked at the Gates Foundation and served as deputy director at OMB. Alex Azar, Trump’s second health secretary, held a lower position at HHS before a foray into the pharmaceutical industry.

That hasn’t stopped Cotton and more than 70 members of Congress (including 11 senators) from writing a letter to Biden, urging him to withdraw Becerra from consideration as HHS secretary.  “Mr. Becerra’s lack of healthcare experience, enthusiasm for replacing private health insurance with government-run Medicare-for-all, and embrace of radical policies on immigration, abortion and religious liberty, render him unfit for any position of public trust and especially for HHS secretary,” the letter says.

However, Becerra has set records in going after GOP-led policies.

Democrats really disliked Price, who was a loud critic of the Affordable Care Act while in Congress. Not a single Democrat voted to confirm him back in 2017.

But Becerra, as attorney general, has been able to do much more than merely complain about the other party’s policies; he’s availed himself of the opportunity to fight them, as well as defending California laws that conservatives have argued – and the Supreme Court has sometimes agreed – violated freedom of religion and speech.

He defended a California law before the Supreme Court requiring antiabortion pregnancy centers to tell patients about the availability of abortion services. The court struck down that law in 2018. Becerra also sued over broadened exemptions to the ACA’s requirement for employers to cover contraception; the court ultimately upheld those rules.

“Becerra has become a leader of the California resistance, the legal brain behind the state’s fight against the president’s policies on health care, the environment and most significantly, immigration,” my colleague Samantha Schmidt wrote in 2018.

“If this is a battle between Trump’s values and California’s, as many believe it is, Becerra is a fitting warrior,” Samantha wrote. “He is quintessentially Californian, representing an overwhelmingly Democratic state where 27 percent of residents are foreign-born and where non-Hispanic whites are just 38 percent of the population.”

Becerra said at the time that he’s loving every minute of the fight. “I feel almost liberated to try to express through our actions what California has meant to me and what it can mean to so many in the future,” he told Samantha.

They’ll also urge a quick confirmation of Becerra amid the pandemic — although his confirmation hearings could probably have been held earlier had the Senate not spent time on a second trial to impeach Trump.

Health committee chairwoman Patty Murray (D-Wash.) will stress a lawsuit Becerra won against drug companies for blocking cheaper generics, his defense of the ACA against a challenge from GOP-led states and how he’s gone after companies for flouting coronavirus safety rules.

“With this pandemic the clock is already ticking, and the reality is we are already way, way behind,” Murray will say, in remarks provided to The Health 202. “We all want the pandemic to end — which means we all should want the Biden-Harris administration to succeed, and we should be getting qualified nominees like Attorney General Becerra on the job as quickly as possible.”

AHH: The White House honored the half million Americans who have died from covid-19.

“By the light of 500 candles as ‘Amazing Grace’ played outside the White House, President Biden bowed his head in a minute of reflection on the 500,000 American lives lost to the coronavirus, crossing himself after the music faded out,” Cleve R. Wootson Jr. and Joel Achenbach report.

The president noted that the U.S. death toll from the pandemic has exceeded both world wars and the Vietnam War combined.

“The people we lost were extraordinary,” Biden said in the White House’s Cross Hall. “They span generations. Born in America, immigrated to America. But just like that, so many of them took their final breath alone in America.”

Somber reminders will endure for the rest of the week, with flags flying at half-staff at all federal buildings, parks and other properties.

OOF: Vaccine makers are promising a major increase in deliveries over the next five weeks.

In a hearing today before a House Energy and Commerce Committee subcommittee, drug company executives plan to tell lawmakers that they project a major increase in vaccine deliveries that will result in 140 million more doses over the next five weeks. In their prepared testimony, they say they have solved manufacturing challenges and are in a position to overcome scarcity that has hampered the nation’s fight against the coronavirus, Isaac Stanley-Becker and Christopher Rowland report.

“Because of the dire need to vaccinate more people, we have ramped up production of doses,” wrote John Young, Pfizer’s chief business officer.

“But achieving a surge on that scale remains daunting,” Isaac and Christopher write. “Pfizer and Moderna, the companies with the only authorized vaccines so far, will need to increase their combined deliveries to date of 75 million doses to reach their promised target of 220 million shots by March 31.”

“That’s a goal of 28 million doses each week on average, far greater than their performance so far. The Biden administration said last week that doses allotted to states would grow from 11 million to 13.5 million per week, and it also directed 2 million doses to pharmacies, part of allocations that are expected to increase modestly again this week.”

OUCH: Women of childbearing age have been surprisingly hesitant to get vaccinated.

Many women in their 20s and 30s have shown reluctance, stemming from disinformation spread on Facebook, Twitter and other social media, Ariana Eunjung Cha reports.

“With such women making up a large share of the health-care workforce, vaccine uptake at nursing homes and hospitals has been as low as 20 to 50 percent in some places — a far cry from the 70 to 85 percent population target that health officials say may be needed to stop the virus,” Ariana writes.

“I’m worried, frankly,” said Francis Collins, director of the National Institutes of Health. “There are stories out there on the Internet about how vaccination can lead to infertility. There’s absolutely nothing to that. But when we look at people who are expressing hesitancy, in many instances those are women of childbearing age.”

“The infertility myth is just one of many reasons women are hesitant, doctors and community organizers say, with others having more general concerns about a vaccine that has only recently been approved and the fact that early trials did not specifically look at pregnant or lactating women, leading to conflicting guidance from health authorities,” Ariana writes.

Vaccines that have been modified to deal with variants can skip large clinical trials.

Guidance issued yesterday by the Food and Drug Administration says vaccine makers that want to modify their coronavirus vaccines to deal with variants can skip large clinical trials designed to test their shots’ effectiveness, Laurie McGinley reports. Instead, the agency is looking for earlier-stage data that measures the immune responses of the individuals who receive the modified vaccine — and to see how they compare to the immune responses elicited by the original vaccine.

“The new advice to vaccine makers is part of a set of policies the FDA issued Monday to manufacturers of coronavirus vaccines, drugs and tests that want to alter or update their products to deal with variants,” Laurie writes. “FDA officials said the goal was to spell out procedures under which companies can modify their products to outflank potential variants and quickly gain FDA clearance.”

“We want the American public to know that we are using every tool in our toolbox to fight this pandemic, including pivoting as the virus adapts,” Janet Woodcock, acting commissioner of the agency, said in a statement.

“There are no immediate plans to change vaccines,” Laurie writes. “Studies have shown that the existing vaccines appear effective against the variant first detected in the United Kingdom, which may become dominant in the United States in March or April. Another variant, first detected in South Africa, appears to diminish the effectiveness of the vaccines, but scientists say they still may offer adequate protection.” She escaped the genocide in Rwanda. Now, 27 years later, she can?t escape its politics. 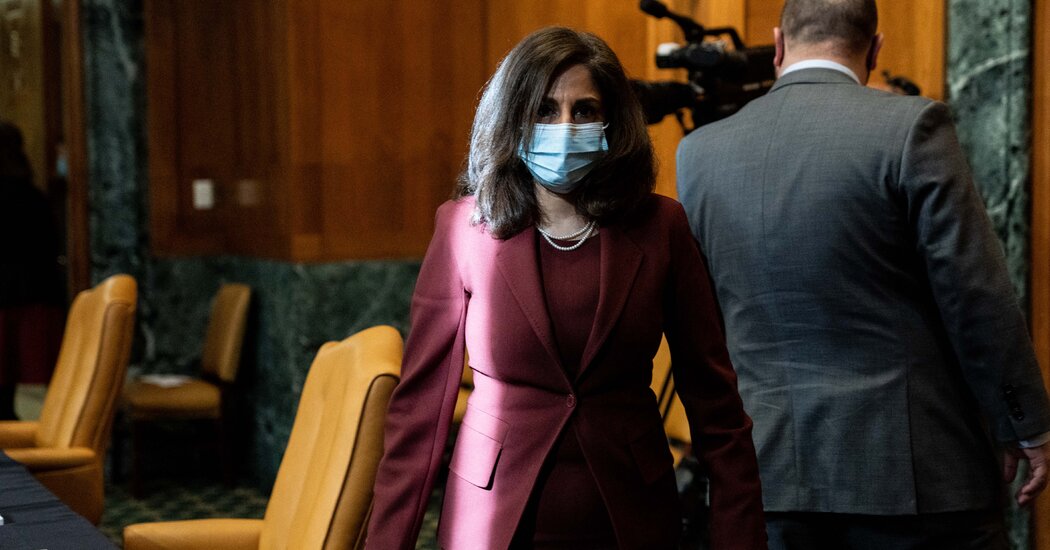 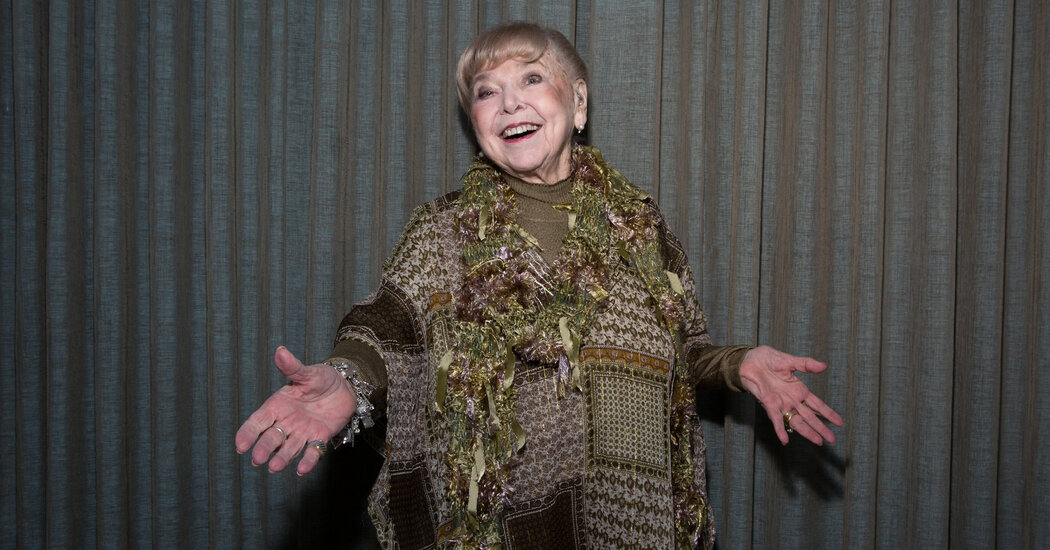