Demonstrations against Iran’s autocratic leader, ‘the shah’ Mohamed Reza Pahlavi, began in October 1977 – at that time, led by both secular and religious parties. The demonstrations gained intensity throughout 1978. The shah went into exile on January 17, 1979. On February 1, 1979, ayatollah Ruhollah Khomeini returned to Iran and soon established an Islamic Republic. In the morning of November 4, 1979, Islamist students were reaching Tehran University to participate in a demonstration commemorating the students killed by the shah’s regime. They began to rally around the American embassy. Such gatherings were usual in the context of the Iranian Revolution: embassy attaché Lee Schatz recalls that ‘whenever there was a demonstration in Tehran, it was the norm for people to pass the embassy in groups’ (Wells, 1985, p. 37). Less predictable was the overrun of the embassy compound. The students managed to seize the building and held its 65 American employees as hostages. 13 were released on November 18, whereas 50 were detained at the embassy and 3 at the Foreign Ministry. There is evidence that after the botched American military rescue operation in April 1980, the hostages were separated and held in 14 different places throughout Iran. The Algiers Accords (January 19, 1981) eventually settled the crisis. All hostages were released the following day.

Political scientist David Patrick Houghton (2001) argues that the takeover of the American embassy ‘took almost everyone – in Tehran, Washington D.C. and even in the moderate Iranian government – by surprise’ (p. 50). The astonishment is enduring: scholars are far from reaching a consensus regarding the causes of the hostage-taking. Two main explanations are being discussed.

A first explanation posits that Khomeini used the hostages as a bargaining chip to force the U.S. to extradite the shah (hospitalized there) to return to Iran. Admittedly, this was one of the students’ voiced demands. But this explanation weakens in front of evidence that Khomeini denied negotiating with the Carter administration – something he would have done, arguably, if he had purported to bargain. On top of it, there was no extradition treaty between the U.S. and Iran: even if the U.S. had agreed so, extradition would have been legally infeasible.

A second explanation is that of a will from Khomeini to assert his radical credentials, while the U.S. stood as advocates of the shah’s regime. The U.S., indeed, paid close attention to the unfolding events, for two main reasons. First, the shah’s regime maintained military cooperation with the U.S. Second, more broadly, Iran was a significant diplomatic stake – President Jimmy Carter highlighted in December 1977 that ‘Iran [was] an island of stability in one of the more troubled areas of the world’ (p. 2221). In November 1978, as the strikes against the shah intensified, the American government adopted a midway position: reaffirming its support of the shah, but not directly interfering in the events. Under cover of this American support for the former regime, and in the troubled political context following the exile of the shah, Khomeimi aimed at upholding his legitimacy and authority. Gary Sick points out that Khomeini was indeed aware of the students’ plot and let the attack happen: the revolutionary guards assigned to protect the embassy withdrew that day of November 4, 1979. Khomeini’s strategy was thus to exploit what appeared as a routine act of protest against a country which supported the shah, ‘[to divert] domestic attention away from internal political disputes and [launch] a major confrontation with the United States that could be expected to galvanize public opinion behind him’ (Sick, 1985, p. 205).

The political crisis quickly turned legal. According to legal scholar Oscar Schachter (1985), the majority of the ‘U.S. countermeasures were in the nature of self-help and were not viewed as remedies of law. One might conclude from this that law had only a marginal role in the resolution of the crisis.’ (p. 325) Here, because they helped settle an international dispute, we make the choice of analyzing these measures as in the scope of international dispute settlement.

The two parties had domestic issues at stake. Khomeini purported to consolidate the Islamic Republic. In the U.S., the Carter administration purported to show credentials of firmness to the public: scholars consider the hostage crisis to be the main cause of the Democratic defeat at the 1980 midterm elections. These domestic stakes are one of the reasons for the length and complexity of the crisis. Many settlement tools were used and the question of which worked out the dispute is unclear, even unanswerable. According to legal scholar Michael P. Malloy (1984), ‘even in hindsight, it is impractical to credit any one of these devices as exclusively resolving the crisis’ (p. 96). We can nevertheless review how each contributed to settle it.

On November 14, 1979 (ten days after the takeover of the embassy), Jimmy Carter resorted to the International Emergency Economic Powers Act (IEEPA). This act provided that the American president can regulate commerce upon declaring a national emergency due to an international threat. Then, the Secretary of the Treasury blocked Iranian assets kept under American jurisdiction. The effect of this measure was, according to Malloy (1984), ‘swift and significant,’ (p. 34) affecting assets worth $12 billion. Scores of American corporations filed lawsuits in American courts against the Iranian government and agencies. A general license allowed these litigations, which could nevertheless not lead to a judgment. The aim, in fact, was to seek prejudgment attachments of the assets should the freezing be repealed.

The U.S. also resorted to self-help in an aborted military rescue operation: Operation Eagle Claw, on April 24 and 25, 1980. It turned into a debacle: eight American servicemen and one civilian died when the operation failed due to a refuelling accident.

In December 1979, the American government urged the Security Council of the United Nations to take measures against Iran, arguing that the takeover of the embassy and the hostage-taking were violations of international law attributable to the Iranian government. The Council unanimously issued Resolution 461, requesting Iran to release the hostages, failing which it would take economic sanctions under the articles 39 and 41 of the U.N. Charter. In January 1980, U.N. Secretary General Kurt Waldheim travelled to Iran to negotiate with Iranian officials, who conditioned the release of the hostages upon an inquiry into the shah’s regime. The negotiations thwarted, the U.S. submitted a draft resolution including economic sanctions on January 10. The U.S.S.R. vetoed. On April 7, the American government overrode this veto and unilaterally imposed the sanctions included in the draft resolution.

Besides, on November 29, 1979, the U.S. sued Iran before the International Court of Justice on behalf of its citizens under ‘diplomatic protection’ (as only states may be parties in cases before the Court). They invoked the Optional Protocol on Disputes to the 1961 Vienna Convention to claim the court’s jurisdiction. The Court proved the U.S. right and adopted provisional measures against Iran which remained in force until the final judgment: ‘All the American hostages shall be freed and their departure from Iran facilitated; no member of diplomatic or consular body shall be detained in Iran because of a judicial proceeding; Iran shall give back the diplomatic buildings and award damages to the United States.’ The Court ruled that by endorsing the plot, Iran had failed to protect the diplomatic and consular premises, archives, and staff of the U.S., hereby violating ‘long-established rules of general international law’ (notably, the 1961 Vienna Convention on Diplomatic Relations of 1961 and the 1963 Vienna Convention on Consular Relations). However, Iran neither participated in the judgment, nor abided by it – it argued that its consent was needed as per a compromissory clause of the 1961 Vienna Convention.

Failing to reach settlement based on international justice, the parties turned to mediation. From the beginning of 1980, Algeria had acted as Iran’s diplomatic agent in the U.S. On November 3, both parties designated the Algerian government as a mediator. The negotiations concluded on January 19, 1981 with an agreement made up of two documents. The first, the Declaration, provided a resolution meant to satisfy both parties: the release of the American hostages and the repatriation of all Iranian frozen assets. The second, the Claims Settlement Agreement, established an international arbitral tribunal to settle the trade disputes that arose throughout the crisis. On February 24, President Ronald Regan signed an executive order to implement the agreement, later upheld by the Supreme Court of the U.S. in Dames & Moore v. Regan.

The hostage-taking took place in a troubled political context within Iran, in which Islamists purported to gain popular support. The takeover of the embassy of the U.S., a country supporting the shah, was opportune for these purposes. Each of the dispute settlement tools, from (1) military and economic self-help, (2) recourse to the U.N. and the I.C.J., to, eventually, (3) mediation via a third party, Algeria, contributed to settle the crisis. The first and second tools increased pressure on Iran; upon their failure, both parties sought the third. Further, the Iran-U.S. hostage crisis proved path-breaking for international law and justice, in many ways. For instance, to avoid situations in which one party, as Iran did, denies consent for judgment before the I.C.J., several later treaties provide their own dispute settlement process, rather than a compromissory clause setting out a resolution by the I.C.J. 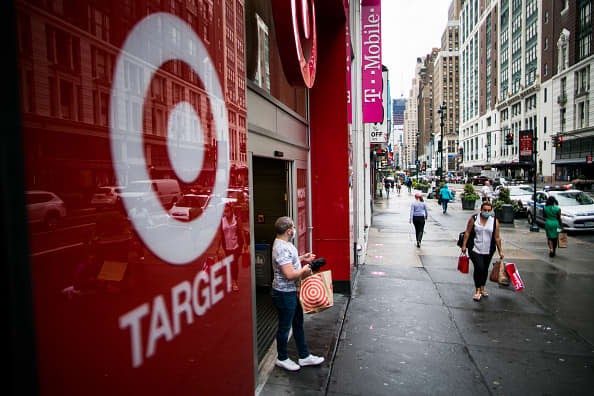 Amitabh Bachchan, Salman Khan, Nakuul Mehta – 11 celebs who are rulling the roost after switching to Television 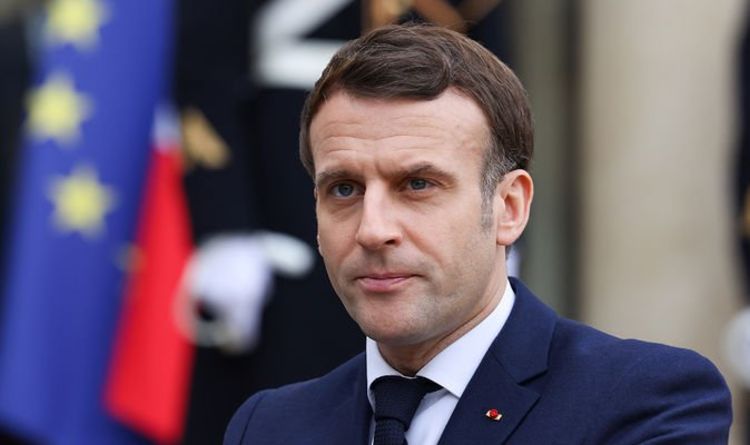 Emmanuel Macron condemned in France over vaccine: ‘UK did everything – we haven’t’ | World | News 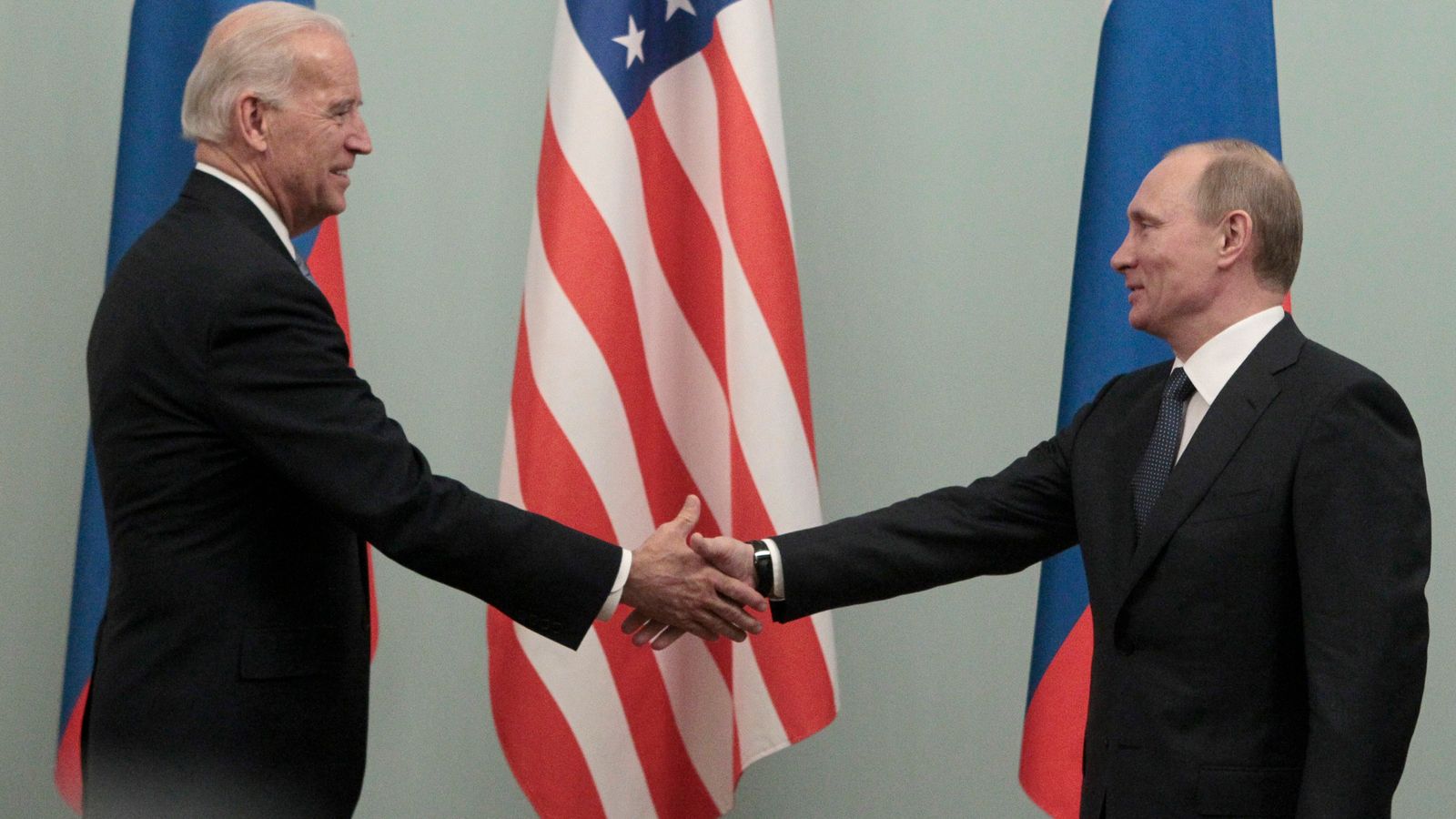