Irina Karamanos, partner of Chilean President Gabriel Boric, took the title of first lady to a lower level when she refused to perform the duties associated with a first lady. “The first lady’s institutional role, as we now know it, is over for me,” she said candidly last month.

Karamanos’ announcement was expected. After her husband was elected president last December, the couple made their point clear that the concept of “first lady” reeks of sexism and nepotism. And after the inauguration of the president, in March, Karamanos, a graduate of the University of Heidelberg in Germany and who is fluent in four languages, felt that she was in an awkward predicament, as she had become the first lady of the country in the understanding of many of her people.

At first, she hoped to reform the role from within, and one of the challenges she faced was renaming the title, and the name that was finally agreed upon was “Social and Cultural Coordinator of the Presidency of the Republic.” But Karamanos did not feel comfortable with this designation, and in her large office in Belacio de la Moneda, the neoclassical seat of the presidency of the Republic, the change of this role became the dominant topic of her thinking.

Finally, this feminist activist decided that she would accompany her husband, Borik, to dinner parties and official events, not as a first lady and a piece of decor complementing the president’s entourage, but rather as part of a “normal relationship” as his wife. She has been away from the Asia-Pacific summit in Thailand for the past two weeks, where Borik held meetings with Chinese President Xi Jinping, among others. The Washington Post stated that it wanted to “break the idea behind every great man with a woman standing next to him.”

When Karamanos resigned from her position as head of several organizations, including the Science Museum and Children’s Charity, she suggested replacing her with someone from an appropriate government ministry.

The formalization of the role of the president’s wife began in the early nineteenth century in the United States. Dolly Madison, the wife of the fourth president, James Madison, was often seen by many as the first lady of the world. During Madison’s administration from 1809 to 1817, she oversaw the furnishing of the newly constructed White House and hosted social events with guests from across the political spectrum. Its role quickly became a model for young republics across Latin America.

The late US First Lady, Jackie Kennedy, objected to this nickname, once saying that the name “First Lady” made her sound like a “horse saddle.” The French first lady, Brigitte Macron, has similar objections, and says she does not want people to see her as “the first or the last.”

• Karamanos said explicitly, last month, that “the institutional role of the first lady, as we now know it, is over for me.” 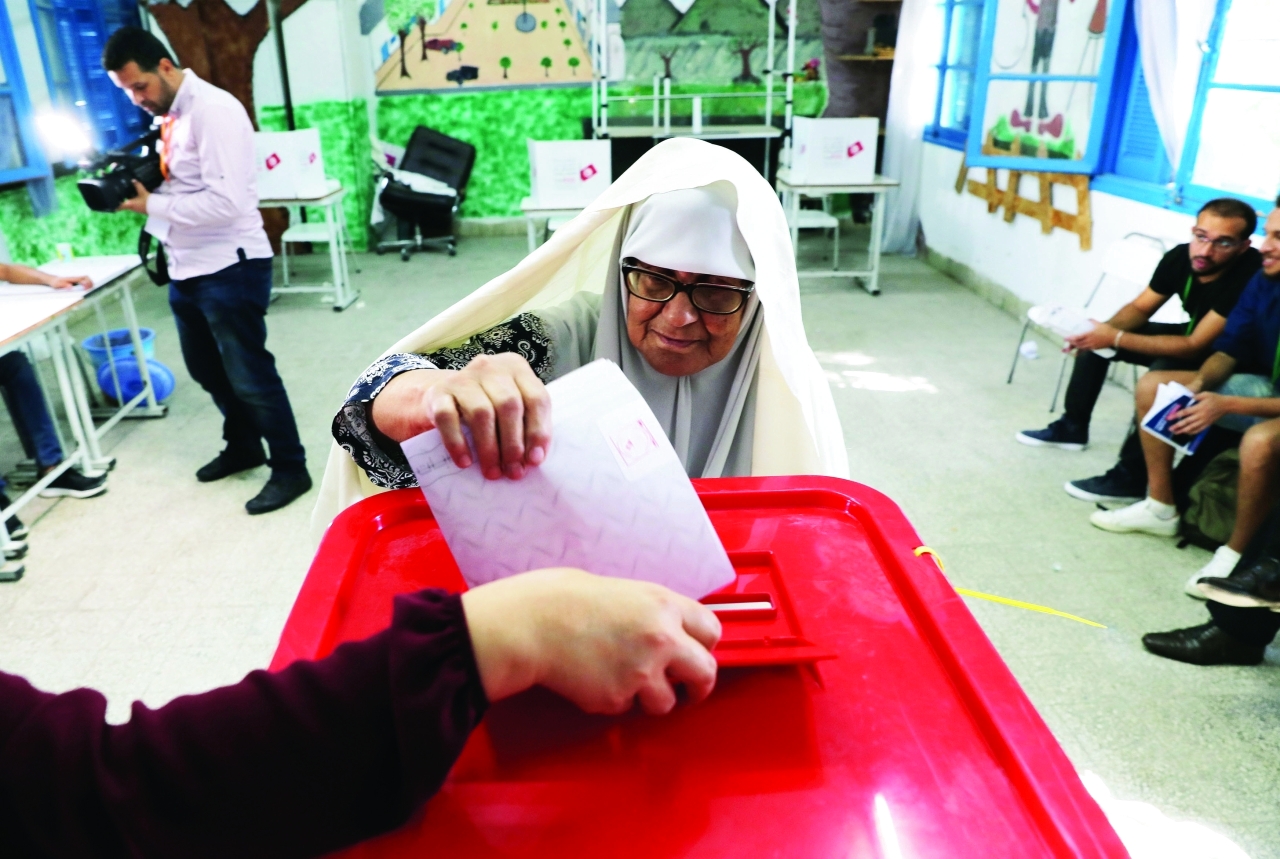 Tunisia is betting on a wide popular turnout in the elections