PARIS: The Kurds are a non-Arab ethnic group of between 25 and 35 million people whose dreams of an independent homeland were brutally quashed throughout the 20th century.

Turkish President Recep Tayyip Erdogan has blamed Kurdish militants for a deadly bombing in Istanbul earlier this month, an accusation they have strongly rejected.

In retaliation, Turkiye has hit nearly 500 Kurdish targets across Iraq and Syria as part of a campaign of air strikes in recent days, Defense Minister Hulusi Akar said Wednesday.

Meanwhile, in Iran, Kurdish-dominated western regions have been at the forefront of a popular uprising over the death of young Kurdish woman Mahsa Amini after her arrest by the morality police two months ago.

Iranian security forces have responded with a crackdown on Kurdish areas and cross-border strikes on Kurdish opposition groups based in northern Iraq.

The collapse of the Ottoman Empire at the end of World War I opened the way for the creation of a Kurdish state in the post-war Treaty of Sevres. However Turkish nationalists, led by army general Mustafa Kemal Ataturk, opposed the harsh terms of the treaty and launched a new war.

It resulted in a new accord, the 1923 Treaty of Lausanne, which established the boundaries of modern Turkiye and effectively drew a line under international support for an independent Kurdistan. In 1984, the Kurdistan Workers’ Party took up arms for the creation of an independent state in predominantly Kurdish southeastern Turkiye but it later scaled back its demands to greater Kurdish autonomy.

The conflict between the outlawed PKK and the Turkish state has claimed tens of thousands of lives. The PKK’s founder Abdullah Ocalan has been behind bars since 1999. In Syria, the Kurds were oppressed by successive governments for decades.

After the Syrian civil war broke out in 2011, they took advantage of the chaos to set up an autonomous Kurdish region, Rojava, in northern Syria, on Turkiye’s border. Turkiye has since carried out three cross-border offensives targeting Kurdish forces in Syria — in 2016, 2018 and 2019.

In Iran, where a Kurdish uprising was harshly repressed in 1979, the authorities have accused Kurdish groups of instigating “riots,” their term for the mass protests sparked by Amini’s death in September.

Amini was from the predominantly Kurdish town of Saqqez in northwestern Iran, near the Iraqi border.

Several Kurdish-majority towns, including Mahabad, Javanroud and Piranshahr, have seen large protests over her death and the killings of demonstrators. Dozens of people have died in the crackdown. Tehran has also launched repeated cross-border missile and drone strikes against exiled Kurdish opposition groups based in Iraq.

In Iraq, Kurds were persecuted under the Sunni Arab-dominated regime of Saddam Hussein and rose up after Iraq’s defeat in the 1991 Gulf War. They established de facto autonomy in the north, which was formalized by Iraq’s 2005 constitution.

In 2017 Iraq’s Kurds overwhelmingly voted for independence in a non-binding referendum.

Baghdad was furious and, in retaliation, seized a swathe of Kurdish-held territory, including oilfields that were the mainstay of the autonomous region’s finances. 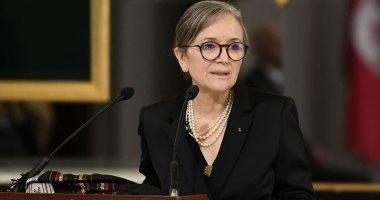 The Tunisian Prime Minister appreciates Algeria’s support for her country

At the Qatar World Cup, the Only Iranian Attacks Will Be on the Pitch – Iran