short link
Facebook Twitter LinkedIn Tumblr WhatsApp Telegram
Although Dr. Hala Al-Tuwaijri did not expect to be the first woman to head an official human rights body in the Kingdom, she chose early on, an image that reflects the slogan “above the clouds” to be her face to the world, via the social networking platform “Twitter”.

It seems that the slogan that Hala predicted was quickly achieved for her, although it was achieved on the ground for many of her peers, so the Saudi woman represented by Al-Tuwaijri continues to empower her day after day, with the unlimited support of the wise leadership that gave her priority in the projects and strategies of the vision 2030.

But Al-Tuwaijri herself lived early as a woman with the same slogan “above the clouds,” when she was chosen 5 years ago, according to a wise vision from a wise leadership that opened the opportunity for women to occupy the highest positions, to be the Secretary-General of the “Family Affairs Council”, which was established to achieve its goals. “In building a vibrant society that enjoys stability and prosperity and is characterized by the ability to face challenges and transformations, and protects all its components from the dangers threatening the role of the family.”

It seems that the predictions of “above the clouds” were repeated again, by the professor of English at King Saud University and the former College of Arts, Hala Al-Tuwaijri, after she was chosen to be the head of the women’s empowerment team in the “Group of Twenty”, before she was an administrative consultant at the “Ministry of Human Resources and Social Development” Ranked 15th since April 2021.

While Al-Tuwaijri hopes to present the true record of Saudi women before the international community, she also has the responsibility to highlight the prospective hope for a prosperous future, so that the image of “above the clouds” is not a lived reality, because it is already a livelihood, but rather a reality that circulates the entire world to show them who the lady is. Saudi lady. A president who maintains the principles of Taif, the constitution and coexistence 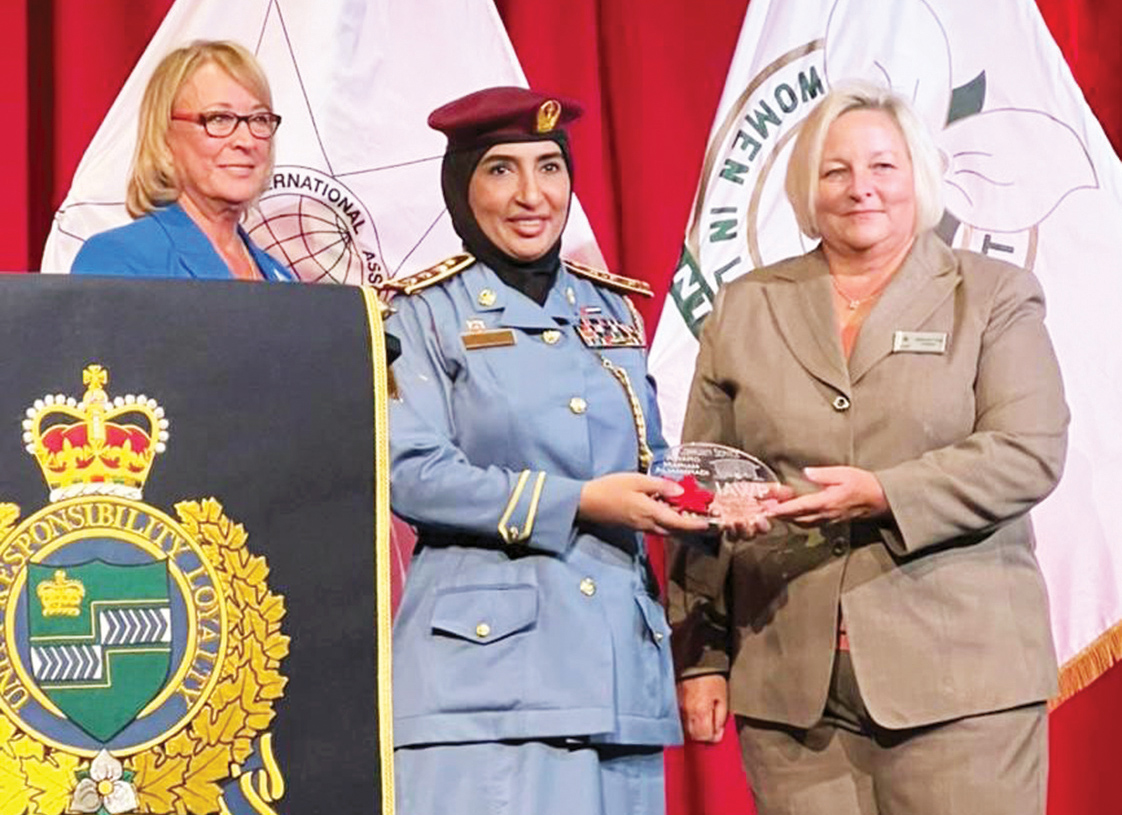 An Emirati officer wins an international award for community service