From a student fond of poetry and music, to a commander in arms who clashed with his commanders refusing to carry out orders, the life of the “leader” of the coup attempt in Sudan, Major General Abdul-Baqi Al-Hassan Othman Bakrawi, has many important milestones.

Information reported by the “Al-Tabiya” network about his colleagues in school and the armed forces indicates that Bakrawi was born in 1967 in the city of Kosti in central Sudan, while his roots go back to the Dongola Romi al-Bakri region in the north of the country.

In high school, he was very fond of the late president, Jaafar Nimeiri, but he did not have a famous political activity, and he was fond of discipline, sports and poetry, and he was winning medals in the Literary Society, especially lyric poetry and folk poetry, according to the network.

The network stated that Bakrawi joined the Sudanese War College among the students of the 39th batch, which was the last batch to join the college before the coup of Omar al-Bashir in 1989.

He also received the Sports Medal at the Military College and was distributed in the “armored corps” according to his desire, and network sources stated that he was nominated to become an intelligence officer, “but he refused that and insisted on being a field officer and combat armor, contrary to the desire of his colleagues in that period of his life.”

The network indicated that Bakrawi has a relationship by marriage to the leader, Kamal Bolad, in the Baath Party, which is close to the Council of Partners for the Transitional Period, and Zamel Colonel Abdel Fattah Al-Burhan, the current head of the Sudanese Sovereign Council and the Commander in Chief of the Armed Forces, who was at the time the commander of an independent infantry battalion in the Bahr al-Jabal operations. in the period from 2001 to 2002.

The network says that he returned to Khartoum and worked as a management and supply corner at the Armored Corps command, and remained there until he was assigned to the Higher Military Academy, where he obtained a Defense Fellowship and was chosen as a professor at the Academy after he achieved an advanced degree over his peers.

In 2016, he was promoted to the rank of “brigadier” and appointed commander of an independent infantry brigade in the White Nile, and had a role in securing the border with South Sudan, and remained in the White Nile, until late 2018, when the leadership transferred him to the capital, Khartoum, according to the “Al-Tabia” network. “.

She stated that the General Command transferred Bakraoui to the armored vehicles again, in February 2019, and this time he became the second commander of the arms with Major General Nasr El-Din Abdel Fattah.

When Lieutenant-General Abdel Fattah al-Burhan visited the “Armored Corps” in December 2019, he told them that “your unit is the only clean unit inside the capital,” according to the network.

It was reported that, in May 2019, Al-Burhan demanded the appointment of armored units to secure the streets, but Major General Nasr Al-Din, the commander of the arms, refused, and said that this was not their job, but that they could participate in a strategic security plan for the capital.

The network says that his deputy, Bakraoui, rejected any incursion by the “rapid support” on the army’s tasks, so he recorded his position in writing and submitted it to the General Command, then he recorded it audio two weeks after the “sit-in” and published it on social media, which led to his being referred for investigation in February 2020 and his arrest after a trial. Because of what was considered an “insult” to Muhammad Hemedti, the commander of those forces, in an audio recording.

In that recording, which dates back to July 2019, the second commander of the Armored Corps, Bakrawi, criticized what he called “the failure” of the army leaders “to defend their people as they were killed in front of the command gates without doing anything, in reference to the dispersal of the sit-in,” according to the network. .

Al-Tabiya stated that the investigation concluded that the recording was just a general evaluation and that there was nothing in it indicating abuse of Hemedti, and then the suspension was lifted by Bakraoui, after which he left for Cairo, where he underwent surgery, and part of his leg was amputated as a result of complications from diabetes.

Bakrawi remained in Cairo in convalescence for more than eight months and returned to Khartoum last Thursday, topping the news of his leadership of a coup attempt five days after his return, according to the network.

A senior military source revealed to Al-Taghaer newspaper that he remained in the military detention for six months, which led to the instability of his diabetes, forcing him to travel to Cairo and stay there for about a year.

Doctors in Cairo decided to amputate his toes, but the spread of “gangrene” led to the amputation of the foot just above the knee, and a prosthetic limb was added to El Bakrawy and trained on it, according to the newspaper.

The source confirmed to Al-Tajir that El Bakraoui returned to Khartoum before the military establishment was surprised by his coup attempt, according to the newspaper.

Despite this, the source said that he enjoys a high position among armored officers and soldiers, and “if the sea were shown by them, they would have fought it with him,” according to the newspaper.

Motives for “leading” the coup

Political analyst, Hassan Barika, told Al-Hurra that Bakrawi’s attempted coup, upon his return from a medical trip and the amputation of his leg, “is illogical.”

He denounced the “scarce” information announced by the army leaders about the failed coups and the people involved in them, and their trial in secret.

He considered that what happened “was not a coup attempt in the correct sense, but rather an attempt to camouflage and prepare for future scenarios that reflect the military’s unwillingness to achieve the desired democratic goals of the revolution.”

As for the political analyst, Adlan Abdel Aziz, he considered, according to his statements to Al-Hurra website, that “what happened was an attempt by the remnants of the former regime to destabilize Sudan,” citing “attempts to stifle the country economically and create a state of insecurity by spreading gangs funded by the remnants of the former regime.” In order to prepare the people to accept the idea of ​​a military coup.”

The Sudanese Security and Defense Council announced in a meeting, on Tuesday, that the coup attempt that the country witnessed was led by Bakrawi, along with 22 other officers of different ranks, and a number of non-commissioned officers and soldiers, according to the Sudanese News Agency (SUNA).

The Minister of Defense, Lieutenant-General Yassin Ibrahim, said in a press statement that the preliminary investigations indicated that “the aim of them was to seize power and undermine the current regime for the transitional period.”

He said, “The attempt was fully controlled and all the participants whose names were mentioned in the investigations were arrested, and the interrogation of this group is being completed to explain the details of this attempt,” stressing that the attempt was aborted in “a short time, with the vigilance and concertedness of the security services, without any loss of life.” and property.”

Sudanese Prime Minister Abdalla Hamdok said during a cabinet meeting that “widespread preparations” preceded the coup attempt, which was “the insecurity by closing oil production areas and closing the roads linking the port with the rest of the country.”

A Sudanese military official told the Associated Press that a number of armored corps soldiers were behind the coup attempt, and that they tried to take over several government institutions, but they were repelled.

In a statement, the Special Representative of the Secretary-General of the United Nations in Sudan, Volker Peretz, condemned “any attempt, whether coup d’état or otherwise, to undermine the pluralistic democratic political transition process.”

On Tuesday, the Troika states (the United States, the United Kingdom, and Norway) expressed their “strong support for the democratic transition of Sudan.” It said in a statement that it “rejects any attempts to obstruct or disrupt the efforts of the Sudanese people to create a democratic, peaceful and prosperous future.”

Following the overthrow of al-Bashir, in April 2019, following a popular uprising that lasted for months, the Transitional Military Council that took power and the leaders of the civilian protest movement signed, in August of the same year, a power-sharing agreement that stipulated a three-year transitional period, which was later extended until the end of 2023. After the Sudanese government concluded peace agreements with a number of armed rebel movements in the country. There was a crash in the work of “VKontakte”

Charaiveti: Journey From India To The Two Cambridges And Berkeley And Beyond, Part 14 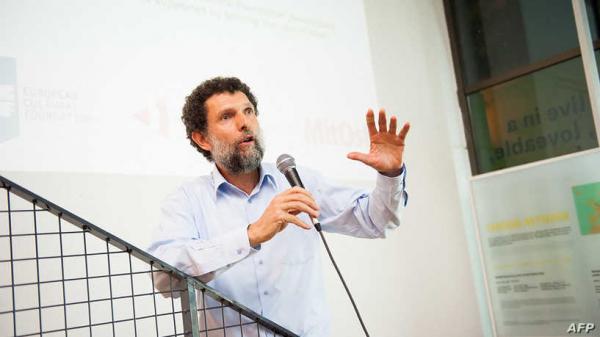 Because of a statement about Kavala, Turkey summons the ambassadors of 10 countries